Ericka Myer
a day
This is poorly researched and a childish post where the writer shows his obnoxious nature. and makes ridiculous claims. They need to brush up on his knowledge of religions. it is a rave or a rant, not a philosophical debate worth anything really, and I sense a lot of depression and anger in the writing, which isn’t worth diddly squat. You need to go back to the drawing board, as thousands upon thousands of people for thousands of years have had personal encounters with the spiritual nature of God that they can’t ignore, especially not for madman like you appear to be, and I am sorry you aren’t one of them and you feel to vent your spleen, I will pray for you that you experience the love and forgiveness of God, bye anon, LOL.
You replied to this comment.

–Interesting take on my commentary. And it is amazing how your apparently religious nature clarifies itself.  It seems that the people you admire have all been making mythological testaments of faith over their dreams, fantasies, aspirations, and their worldly goals.  Such a grounded in scripture outlook is baffling, when every one of us disagree on exactly what makes a wrong world go right.

THIS IS HOW YOU RESPOND TO BEING PROVOKED, WITH THIS WITHDRAWN, SMUG LITTLE OUTSIDE DANCE?

You are just making my whole point for me.  Thank you.  I believe I am going to publish this sadly notable duet, a debate over nothing.   Neither of us seems willing ever truly put ourselves in the place of the other, to understand their frame of reference, to feel as they feel about everything that makes the world alive.  I suppose our refusal is some sort of small scale human tragedy, and that is a shame.

Just remember: You sent me a response DIRECTLY TO THE SITE THAT I OWN.  Your words are mine now (I want you to hear: DEVILISH LAUGHTER (cackles and bat screeches and other high-pitched screams echo in the background) . . . 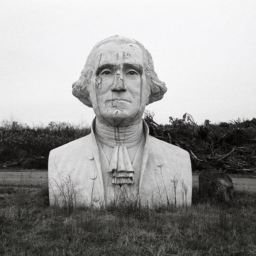 Ericka Myer
7 hours
No, you are wrong, I am talking about the experiences people have that can’t be denied, you obviously haven’t had any. I’m sorry about that, but for people that have, nothing you say will mean anything, as it is just a man’s thoughts, and you really show you don’t know a lot at all about religion. I have had three encounters with the Lord, all very personal and undeniable, so when I see people like you relying on your mind, a corrupted tool at best, I laugh but feel sympathy that God hasn’t chosen you to reveal himself to you. Maybe get rid of your obvious pride, something that stands in the way at present. Get down on your knees and ask him to show himself to you. It is life changing when that happens, and mans’ words can’t touch it.
You replied to this comment.
–So you’re saying I’m wrong because I have never had experiences that cannot be described?  Well, then I guess you’re right.  I can describe all of my experiences, or at least the ones that I can remember, because these are the actual experiences that have to this time comprised the events of my life.  I don’t wish to seem too presumptuous and affirm that I heard THE VOICE!  I wouldn’t want to claim anything quite so extreme as that.  Who knows, maybe your God is speaking through my Me?
No, I can affirm that I was born (or only maybe, if you want to get involved with some mystical, hoodoo guru–but we’ll get to that later–) I cut my big toe yesterday–that I know for sure, and it really hurts too.  However I don’t feel the need to give an actual explanation of how this happened, or why it did.  That is a potential nugget being developed for elsewhere–
I sit here and ask you questions about religion and what it is that people believe, and the best that you can do to take on my faith is simply dismiss it.  And I’m not talking about me.  I am irrelevant to both of us as a detached narrator recording human belief, in this dumbed down forum for on-line partisanship.  What honestly surprising me and keeps me interested is the fact that you are dismissing the very idea in a one-way mirrored-style absolutism.
You’re a kook.  You want to get childish?  You want to sink into the oozing, underwater slime about who you think I am, and who you think you are?  You called me “childish” already and have said repeatedly that I don’t know anything, so let’s turn our discussion around.  I said what I believe.  What exactly do YOU believe?
Asphlex–

Ericka Myer
5 hours
You just don’t get it, do you? LOL. I have had proof, and when that happens to you, it doesn’t matter what anyone says because it is made REAL to you. I haven’t had a walk of faith, I’ve had a walk of PROOF.
–Okay, Okay, so I see where we’re going with this:  You;re laughing at me for disagreeing with your wholesale truths, while simultaneously wishing me away with a scorn so intense that you had to capitalize “REAL” and “PROOF” (as well as “LOL,” for some reason.  I already got you had no respect for me by your addition of, from your addition of “(comma), do you?”
“Yah don’t get it, do ya!”  (A witch’s cauldron bubbling before her)
Now I do not understand your last sentence.  Let us ignore pettiness such as atrocious grammar and vagrant spelling–let us sway from the rigid scepter of traditional grammar and let us flow freely—diapcesess aud conusvetinum!  *
I want to know what you mean by “I haven’t had a walk of faith, I’ve had a walk of PROOF.” (why no exclamation point?–sorry!)  Let me try to understand.  It’s not that you believe, but that you know, am I right?  Good, good.  I’m glad we’re in agreement.
So!  What that sounds like to me is the urgent plea for anyone to believe that those aliens snapped you up and jabbed a thick, long thermometer up your ass and hooked it to 9000 volt electric wires.  You’re trying to tell me that you came so hard after the eleventh hour that it shook your faith in God–or at least into whichever horrible drought you had fallen into in your life.
Now I perfectly understand that the rather gross image that I sought to create may offend you.  This is also my point.  Your gawping hysteria sounds more or less the same to me as my blasphemy does you–we are apparently both completely unaffected by each other.
It’s not that you actually offend me with what you’re saying–I have a thick skin.  Believe me: I’ve been called an asshole before.  Lots of times.  Most of my relationships have ended with that word.  What offends me about you is such unwavering certainty, such a refusal to see things from another point-of-view.
Try harder–

Ericka Myer
an hour
No, none of these, but you are a very bitter person, and full of resentment as indicated in your reply. I am not. But I have had a lot more than what you claim above as have thousands of others, but you are obviously cynical, so very cynical and angry. It is a shame, as you will very soon be dirt in the ground, that is why I felt the Holy Spirit tell me to reach out to you. I’ve done that now, goodbye.
–Awwww.  Don’t tell me it’s goodbye!  If we say goodbye how we can ever resolve the legitimately serious issues you and I have struggled to bring up.  You say I’m filled with bitterness and resentment based on what I had to say.  Fine.  But it’s a little more complicated than that.
Then you have to add, to prove to me wrong, “I am not.”  Why did you add this?  What was its purpose?  What have I done so wrong to be condemned in such a bitter tone of resentment?
Then you talk about the “thousands of others” who you are blindly claiming have had the exact same experiences as you, and this brings to my mind a very disturbing question.  Is she in a cult?  “Thousands of others” have been drugged with LSD and a small trace of strychnine, and forced to have orgies with ritual suicides?  Do I need to reach out?  Does she need my help?
You call me ‘very cynical’ and ‘angry–‘ well I’m definitely angry.  But cynicism is just a candy-coated shell, the trying to amuse one’s self in the face of disaster.  Uh-uh–not me.  I am completely miserable.  Ask my wife.  Ask my family.  I don’t really have any friends anymore, so I guess I don’t need to worry about that.  Shit–ask my dog!  She loves me more than anyone and right at this moment even she doesn’t want to be around me.
Then you say “It is a shame, as you will very soon be dirt in the ground, that is why I felt the Holy Spirit tell me to reach out to you.”  Your very next words?  “I’ve done that now, goodbye . . .”
You are a shit awful missionary.  Let me restate what you said to me and throw it right back in your lap–see if you’re finding an answer “Well then you’re fucked, asshole.  Soon you’ll just be dirt in the ground **  God told me to tell you, you know,” you finish by saying.  “But I don’t have the patience to talk to you about the most important thing in my life!”
Are you saying that you don’t believe that I have the right to be saved by the same Lord who saved you?  Are you denying me access after three smug tweets (or whatever we call these useless back and forths on a larger scale).
It’s not like you were really trying to save me.  You criticized me for stating an opinion.  Fine.  Great.  Read my other shit on the website.  That’s all I talk about–people believe in a lot of stupid shit.  Let me show you some . . .
You don’t actually feel sorry for me.  You have judged me.  Condemned me.  Thrown me down to whatever vision of hell you have, where the demons will eat me forever, tiny cubicles of my living cells being gnashed in fiery pits for all eternity.  You think that is the place where I belong for not believing you when you rage about some divine experience you’ve clearly believe you’ve had, and you use it as a sword to slay me and not as a crown to knight me.  I ACCEPT THAT YOU BELIEVE SUCH HORSESHIT.  I believe in crazy things too, like walking under a ladder is bad for more reasons than because it’s fucking stupid.  When reading I always have to get past the thirteenth page or the whole thirteenth chapter.  Silly stuff.  Dumb superstitions.  I know they’re all bullshit.  This still does not stop the compulsion to believe.
I just wanted to offer you a recorded piece of editorial history, because that is what this is: editorials, opinions.  Both of us think we are right.  In some ways, it is certain, both of us are wrong–

** (In her defense, I have edited my responses, some, for this posting.  I said something like a quote from Tom Waits’ “Dirt in the Ground” https://www.youtube.com/watch?v=RvKfJ3kkJ_4, and then got much nastier in the re-write.  I would invite “Ericka” to edit her’s as well–and this is a legitimate open offer–recordingeditorialhistory.wordpress.com but I do doubt if she will ever actually see this, so the curtain remains closed.