There is always a tyrant somewhere barbarically ruling at least one of the nations in Africa.  Often, once these rulers begin feeling the pressure of revolution or, even more often, after they are overthrown, a whole lot of people get slaughtered in a short period of time.  Here are some pictures:

–Central Africa, during the purge of Muslims by the military government. 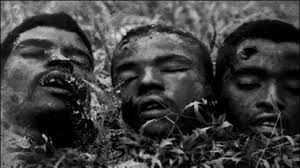 –Rwanda, more than one million people in three months killed.

It would be very easy to continue this horror show, painting a terrifying picture of religious and racial conflict all over the continent, and I would not be going too far out of the way in arguing this (Here’s one more, just to make the point, The Congo, a zone of seemingly everlasting war:)

Know how many people have died in Africa as a result of these massacres, in just the years following World War II?  It is well in excess of two million people.  And over what?  What is the cause of such violence, such hatred, of this trend that so frequently impacts every corner of the world?

Oh, I can see some of you judging Africa, claiming that this sort of thing only happens in these “primitive jungle places,” and other racist evasions.  Sure, we can acknowledge that Hitler and the Nazis are guilty of the same treatment on an even larger scale, and over a much shorter period of time, but that period of history is easily written off as the consequence of evil overrunning a nation.  But every continent in the world has its own dark history of genocide.  Let us consider just a few examples: 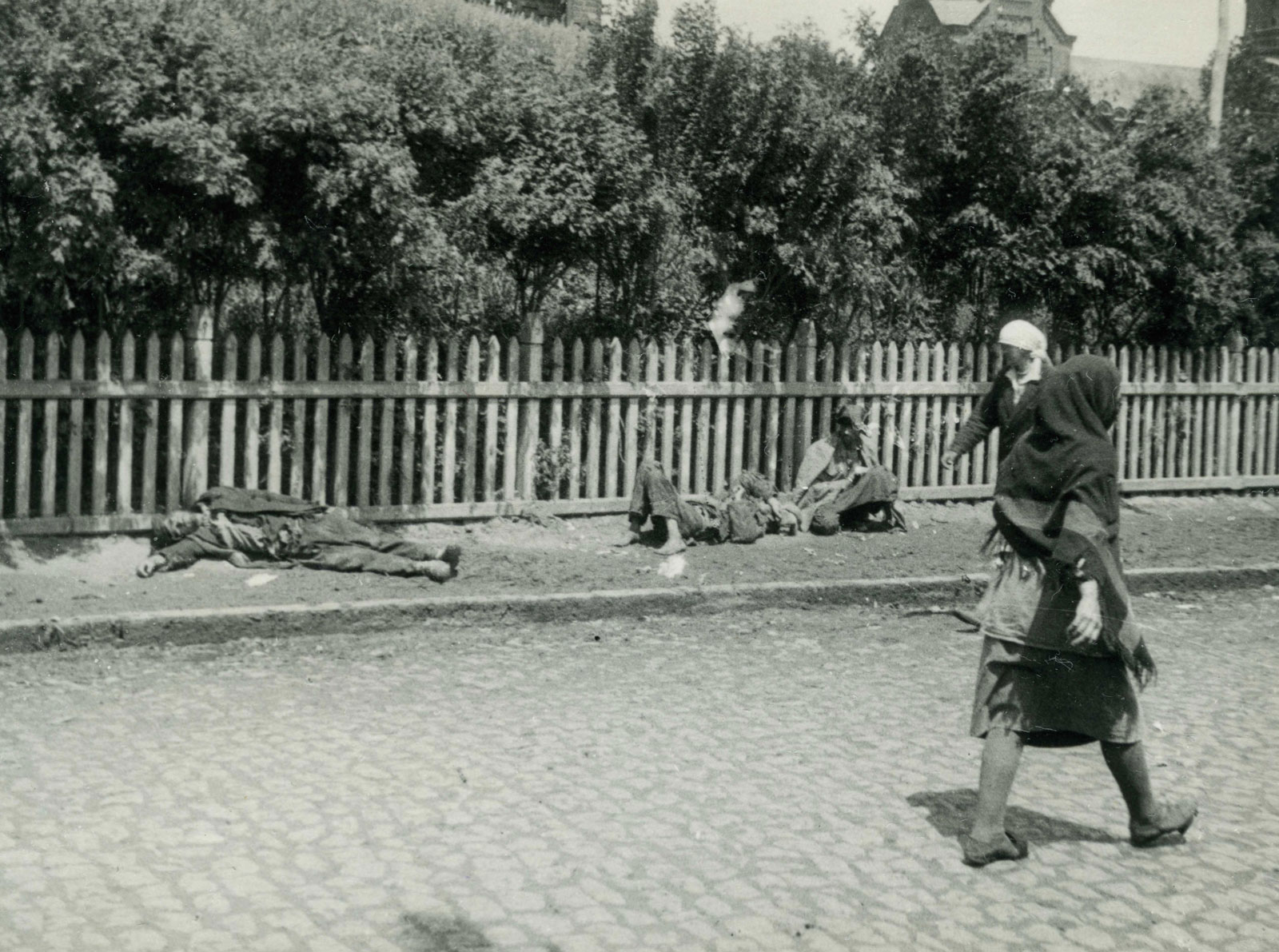 This is Ukraine circa 1932, at the time when Joseph Stalin was starving the people of the entire region.  It is estimated that as many as seven and a half million people died of malnutrition over a single year. 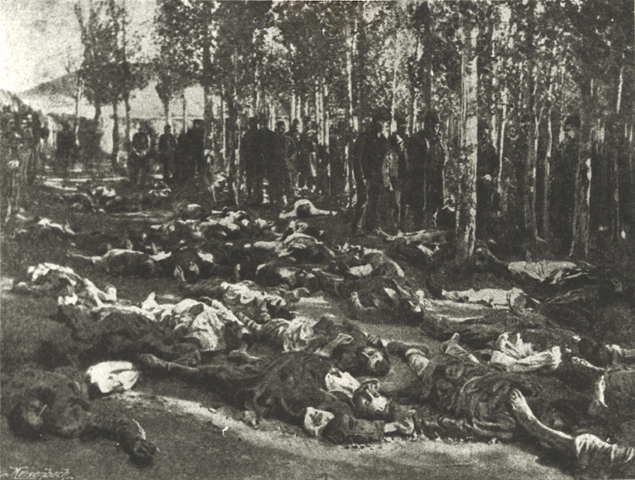 The Armenian genocide, still being denied by authorities inside Turkey.  Over ten years more than a million and a half people were butchered, then disposed of.  The picture above is one of the very few in existence, most of the rest having been destroyed.

Greece, nearly one million people killed.  This began as an ‘ethnic cleansing campaign’ at the beginning of World War I, and extended all the way into 1922, four years after the war’s end.  As a matter of fact, the total number of people killed by the declining Ottoman Empire was larger after the war than during.

In the mid 1600s England decided they needed to teach the uppity Irish Catholics a lesson.  These  . . . peasants declared that they wanted their independence!  More than six hundred thousand people were hacked to death in the streets and in their homes.

These are Jews, although this is not Nazi Germany.  No, this is a photo from 1919 Russia, after one of Lenin’s enforced pogroms against all religious people.  This brief period of time has come to be known as the “White Terror.”  Well more than one hundred thousand people were killed on the basis of their beliefs.

Over more than thirty years in Guatemala Mayan citizens were systematically murdered whenever the chance arose.  A purely ethnic genocide, as depicted above, families had to search for and dig up the remains of their family members (or whomever once possessed those bones.)  More than one hundred fifty thousand dead. 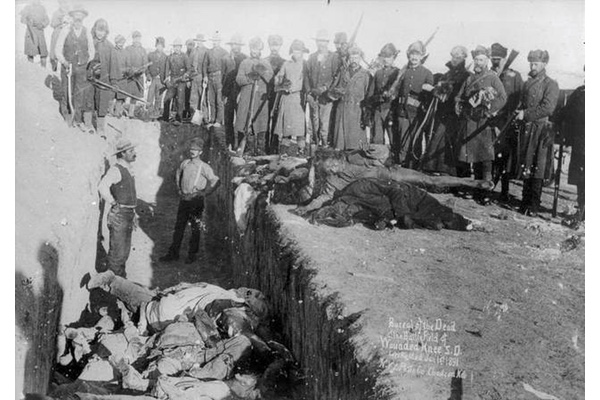 This?  This is merely one example of the largest eradication of a race in the history of the world.  Known as ‘The California Genocide,’ it was a ravenous slaughter of Native Americans during the Gold Rush of the mid 1840s through the 1870s.  More than one hundred thousand people were wiped off the face of the earth.  To expand upon this number, the actual death count of North American natives exceeds seventy-five million–more than eighty percent of their total population.  The methods were more than just soldiers with swords and guns, but the intentional spread of disease and working slaves to death.  Most of these deaths occurred in the United States and Mexico, although Central and South America certainly saw their share of victims.

Bosnia-Herzegovina, a government sponsored slaughter of Muslims, referred to proudly by the leader of the nation, Slobodan Milosevic, as ‘ethnic cleansing.  It was his goal to eradicate the threat of Islam from his nation, sending out both the official Bosnian army, as well as a paramilitary group that called themselves the “Scorpions,” on a freewheeling campaign of murder, rape, torture, robbery, and other atrocities.  In particular political leaders and leading intellectuals were targeted, and dragged through the streets, humiliated, sometimes forced to eat the flesh of their dead loved ones, or even of themselves, fingers and toes lopped off while the soldiers laughed.  Nearly forty-thousand people were killed, with an additional thirty thousand who fled or were exiled into other places in Europe, where they were similarly mistreated due to the growing hatred of Muslims. 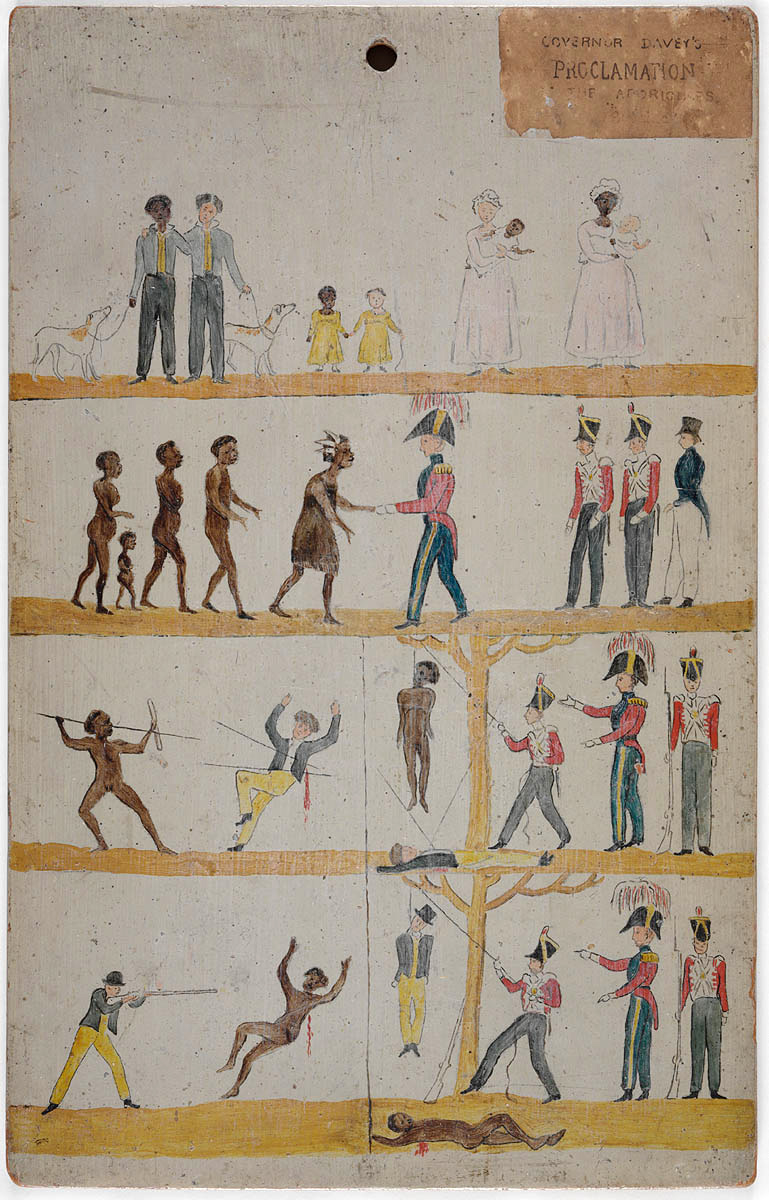 Australia, where at least one thousand native aborigines were murdered in something very honestly called “The Black War.”  The early drawing from above is pretty accurate, although it does not state the cause of the native throwing a spear through the heart of the soldier.  The soldiers, of course–and this was the 1820s–did not see the natives as human.  They followed primitive customs and worshiped strange gods.  They were a nuisance, in the way of what the invaders considered the progress of their new penal colony.  The total number of aborigines killed in Australia over the subsequent years is nearly two hundred thousand of a population that never exceeded two hundred fifty thousand.

So what is the point?  Why resume these old wounds and drag them back out into the open?  We have not even discussed the Nazi Holocaust, nor many other genocides that have taken place throughout human history (the Neanderthals were entirely wiped out by the Homo Sapiens).  What makes mankind hate itself so deeply?

We can offer plenty of explanations–go racial, talk politics or religion.  We can even reduce ourselves to the stupidity of hair or eye color (small scale massacres on these basis’s also occur throughout history.)  There are age-based genocides, both killing the old and the young to establish the ideal basis for the maintenance of certain societies.  People with physical and mental disabilities are killed, called worthless and told they have no right to live, perverting the pot of human evolution.  Of course there is the murders of homosexuals, a different sort of genocide that–other than in Nazi Germany and fundamentalist Islamic countries, is more of a repeated and almost constant small scale eradication.  The murder of one homosexual by a person made uncomfortable by their very existence is just another number added to the unfathomably huge count.

People seem desperate to place themselves outside of the whole of humanity.  There just has to be someone lesser, someone who does not deserve the right to live, or at least to live equally.  We also have not discussed the consequences of African slavery in the Americas and surrounding islands.  It is important to note, also, that not all of these victims were stolen from their land by invaders.  Many had been captured in separate genocidal wars by African kings, sold to the white men both for goods and out of simple cruelty.  Look at this:

Look at their faces–just look at them!  This guy was not only hanged, not only stripped naked (yet covered at the waist out of a sense of ‘decency), but he was also burned so completely that his legs flaked off, his arms curled into tentacles, and his face melted down to a charred skull.  And this is merely one image.  There are examples of mass lynchings:

This is from Arkansas in 1919, where 237 black sharecroppers, who attempted to form a union, were grabbed and strung up by a gang of Ku Klux Klan World War I veterans, hired by the wealthy farmers who feared the spread of Communism.

All any of this tells us, from every place in the world, is that our ability to tolerate one another is very limited, and that our selfishness continues to grow.  The simple fact that so many people can be murdered so quickly today does not bode well for the future, for the next conflict, for our need to eliminate whatever our limited minds declare to be worthless.