Is there anywhere in the world that is truly silent?  I am an east coast big city boy by nature, a loud, pushy, fast-paced nervous wreck who can do little else other than make demands.  That’s the stereotype, right?  It’s mostly true about more than just myself.  Yet there came a time in my life, our children getting older and the dissatisfaction with the city schools (where both my wife and I worked, so it is from the inside as well as the general dissatisfaction of government required programs), where the noise was too great, the pace was too swift, and I started to realize that my children might never get to see the stars.

I had been seriously injured shortly before we decided to move.  We were seeking tranquility, a slowing down of our busy lifestyle, and felt that it was time to get out of the city.  It is now two years later and damn, do we miss city life!  Look at the picture above.  The stars can be on earth, light pollution just another term used to diminish the beauty of everything we have created.

Even here outside of the city the noise never stops,  and the people here are somehow worse, more backstabbing and paranoid.  There are constant, mistrustful glares, white people not trusting each other except over their like-minded outrage of another race invading their space, the nodding looks of panic, and the inevitable agreement to shoot first before even considering what their new neighbor wants.  Sometimes we need to get away from out getaways, never truly satisfied with what life has to offer.

Last summer we took a trip to Alaska.  I had never been there before.  It is absolutely gorgeous. 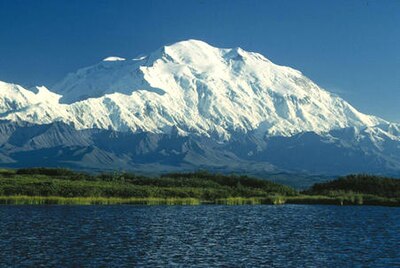 This was a joy to see, giving me the idea that there are still places on earth one can be isolated.  But then:

So we went hiking in the mountains, pleading for peace and quiet, not protests and the drunken rampage of music festivals.  We wanted to be alone with ourselves, exploring a new world, consumed with our own thoughts and experiences, away from the tension, frustration and hypocrisy of everyday political and social life.

Where in the world is there a place we can be at peace?  Plenty of people in overpopulated nations make pleas for such concepts, but they are wracked by disagreements even within their own small, like-minded groups.  We do not agree what constitutes peace.  It often comes across, like the desire for isolation, as incredibly selfish.

So where in the world can we go to escape?

The Cook Islands, a lovely network of shores in the South Pacific.  Natives claim that the only problem they ever face is boredom.  But:

A desiccated, angry place just like anywhere else.  And while the seemingly gentle protesters above, certainly involved with a valid cause, have dignity and nobility to them, it does not stop crowds from forming around them.  The second picture is the state of one of the hotels after some scumbag tourists had a party.  There has also been, even in such a faraway place, mass shootings.  A man named Christopher Rimamotu, on a one day work release to fix a prison tractor at the warden’s home, mentioned that he had the proper tools in a container at his nearby home.  The warden trusted Rimamotu, seeing that this man, sentenced to seven years in prison for kidnapping and sexually abusing a child, was making tremendous progress in his opinion.  The container in his home had a gun inside, and Rimamotu escaped from the guard who’d accompanied him, went to his former wife’s house, killed her and her boyfriend, and then blew his brains out.

So where in the world can we find any semblance of, if not peace, then at least quiet?  Where can people be happy?

There is an annual study that comes out every year, ranking the happiest (or at least most self-satisfied) nations in the world, alongside the least happy and most stressful places on earth.  For several consecutive years now Finland has come in first.  Yet even in the happiest place on earth shit like this happens:

Some Islamic fanatic went on a lone wolf stabbing spree, actually killing two women, and injuring five more people.  This was quickly declared a terror attack.  For all the ease and comfort in a gently socialized nation like Finland–a place that pays for your health care, provides hospital service for every emergency without putting people into debt, and that even pays for college, cannot escape the narrowing minds of people all over the world.

This image might depict more ravenous Muslims, seeking to impose their laws upon the lovely nation of Denmark 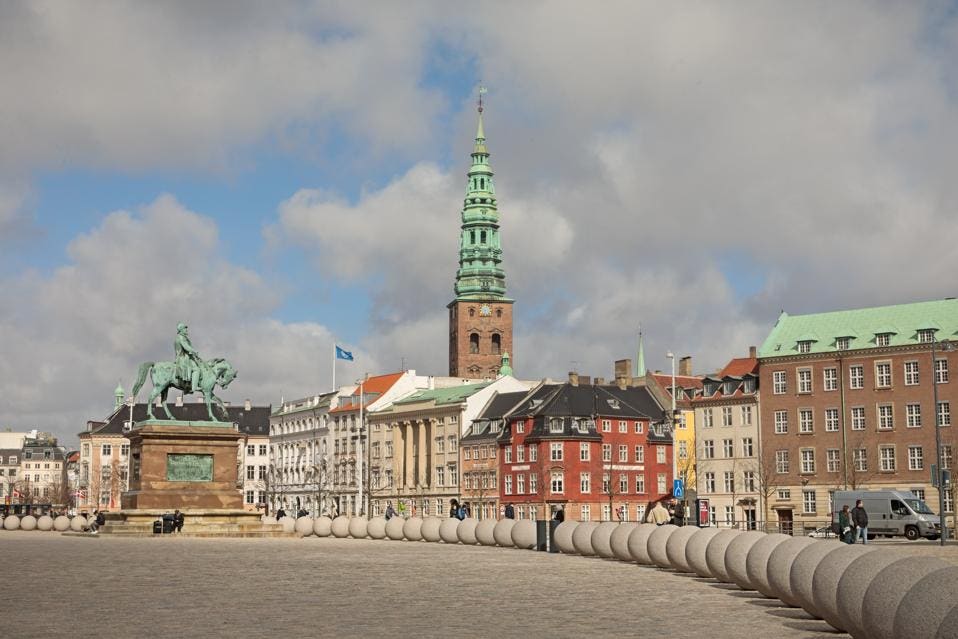 but this was a provoked response, intended to blow up in this visually unpatriotic way.  You see, some guy went into the public square depicted above, a gorgeous place of deep roots and fantastic history (one can see Hamlet brooding by the statue, contemplating suicide), and he went here in broad daylight, smiling and shouting into the crowd, and he burned the Koran, screaming about Islam representing hate while declaring how much he hated Islam, waving his crude pedophile drawing of Muhammad (https://www.google.com/search?q=images+of+muhammad&oq=images+of&aqs=chrome.0.69i59j69i57j69i60l2j0l2.4113j0j4&sourceid=chrome&ie=UTF-8).

Denmark also has a rising far right wing white nationalism percolating just under the surface.  Minorities are beaten, oppressed, run out of jobs and towns, and then justified by slick political leaders trying to end the simplicity of the state services that reduce the stress of everyday life.  When people struggle day after day, are filled with a fear of what might happen if, then nerves fray, anger explodes, and the world becomes a less happy place.

Norway, Iceland, the Netherlands, Switzerland, Sweden and Canada are among the other joyous nations, and yet all of these lands have suffered both terrorist violence and a rise of barbaric nationalism.  Another country on the list is New Zealand, which experienced its worst horror since World War I recently.

Who is the least happy?  Many nations in South America fall into this slough of despond: Venezuela, Argentine, Brazil–all of these nations are consumed with social disorder and massive crime, wracked with unemployment and broken economies, and have a religious backdrop born out of the Spanish Inquisition that inspires Catholic radicalism down to this very day.  Civil Wars, like the present one in Venezuela, are commonplace.  Violence is always a threat.  People cower in their homes, sometimes waiting to starve, and dare not venture out to the market for fear of being gunned down by a stray bullet in a non-stop cartel war.

Iran is also miserable, as any nation controlled by absolutist religion tends to be.  The rules are strict, and violence is always an option.  In Brunei, to further this point, they have just passed a law that demands both adulterers and homosexuals be stoned to death, publicly to remind those on the edge of such blasphemy what the punishment for sin will be.

What about the United States?  We continue to drop on this piece of meaningless social analysis, now sinking to number nineteen.  This middling rank reflects something serious.  For a country that most of the population of more than three hundred million screams is the greatest place on earth we are awash with every social problem experienced everywhere: a true melting pot of tension and misery. 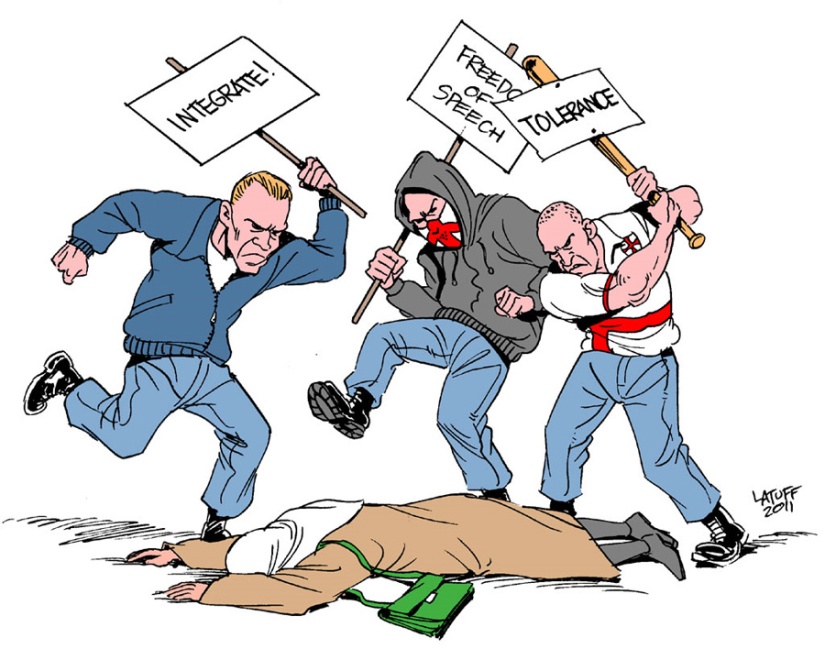 Everything is increasingly expensive, we eat poorly, get sicker and sicker and do not have insurance that will cover our overpriced medicines.  Racial and religious bigotry is rampant, there is some form of terrorism seemingly every month, police and political corruption, crime, drugs, unfair labor practices, and a general intolerance for everyone and everything.  We are not happy people.

So where can we go to escape all the hatred in the world?