Know where that is?  It’s the North Pole.  You remember, this place: 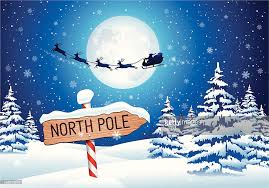 Santa Claus’ home, the frozen capital of the world.

This is the final part of Elsewhere Series 2 (Series Three will come, but I need far more research).  As these pieces have tried to go farther and farther away from encroaching civilization, now comes the time to discuss our impact on the unpopulated areas of the earth.

There have been a number of essays on this sight about climate change.  For some reason there remain those who doubt this premise, or who try to aim the cause at some blind force of nature, believing us far too insignificant to impact the world in any way.  They do not discuss the Industrial Revolution

They even ignore the potential impact of an over-populated earth:

My parents remain skeptics of this concept, but at the very least they are not hypocrites.  They avoid any ideas about the end of the world, and simply shrug their shoulders and laugh in the face of potential disasters (even the hurricanes their residence in south-western Florida have taught them to run away from).  ‘Potential’ is the key word here, which to them, aging into eventual extinction, means it is not their problem.

But I was talking about the North Pole.  Let’s add Antarctica to this discussion:

I understand and even appreciate (and I know of no one who does not benefit) from the vast and amazing technological advances that have provided such ease, yet destroyed our social cohesion over the course of my lifetime (I am forty-seven years old).  And yet there are consequences we have not foreseen within these wonders, which have evolved so much faster than humanity.

Do you sometimes marvel while waiting in line at a store, watching an elderly person struggle with inserting their credit card into the machine?  They ask questions and clearly do not understand the idea of scanners and bar codes and whichever thing science fiction writers have threatened will eventually become our required tattoos.  You shuffle on your feet, sometimes make nasty comments to other people.  You might roll your eyes.  Sometimes we step forward, either with kindness in our hearts or exploded impatience, and rush this person finish their purchase.  And yet these problems continually evolve, leaving younger and younger people out of the loop.

My children are thirteen and twelve years old.  The things that they know how to do, and the devices that they have mastered, are so far beyond my comprehension (and if you have followed these posts for a while, it should be no surprise that I consider myself pretty damn arrogantly smart) that I feel foolish and lose interest at the same time as a manner of protecting my ego.  Eventually we give up and just let the kids handle it, rarely realizing that the technology has forced each generation to evolve faster, replacing their parents while still trapped in their youth with all of its emotional baggage, and making people my age feel very, very old.

Here is some of the darker side of technology:

Do not think that I went out of my way to find these depressing images.  I merely put in a google search with the terms ‘technology’ and ‘relationships,’ and this is what I found.  There are thousands and thousands of similar images, showing our disconnect, and the decline of human communication, regardless of the fact that these devices were initially invented to make communication easier.  But now folks are often reduced to watching videos of lonely people playing video games, shouting about what is going on in their fantasy world, and not bothering to address their potential viewers, trapped in a cybernetic world that more modern science-fiction writers have warned us about.

But back to Antarctica:

This is in a place called ‘Little America,’ where scientists study a variety of concepts related to the future of life on the planet.  As a matter of fact, many nations have science labs spread throughout the land, including Finland, Poland, Russia, France, Italy, Germany, Spain, the United Kingdom, Norway, Belgium, Sweden, Chile, Argentina, New Zealand, China, Japan, South Africa, Argentina, India, Ecuador, South Korea, the Netherlands, Pakistan, Brazil, Australia, and that is just a short list because many of these nations have more than one lab.  And what do they study? 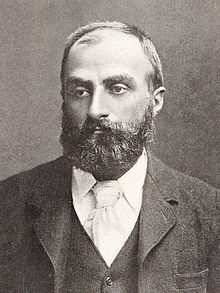 who, along with his staff of naturalists, built this place:

Most of what these scientists did was test and study the environment, primarily as a meteorological study of the conditions.  They also took note, and attempted to count the number of species that lived within such harsh conditions.  Many were seeking lifeforms that did not appear to exist elsewhere, or to study with Darwinian rapacity the physical changes of known animals that helped them to survive such an environment.

After this successful establishment, many other nations sent their naturalists to the land, World War I inspiring a great  effort to set up national bases in case the worst should happen during the war.  And that’s something else to consider, especially today as the giant chunk of land that is Antarctica melts.  If what I and so many others fear is coming true, and the world actually is growing hotter (as every single study shows) and more extreme, and the oceans are rising

then where will the future of humanity live?

In 1943 Great Britain began something they called “Operation Tabarin,” named after a French cabaret.  This was meant to be a secret expedition, under the pretense of sending their ships to patrol the southernmost reaches of the earth in search of Nazi U-boats.  But the ultimate goal was to set up a permanent base of operations in Antarctica.  This was the reason that such a curious name was selected for the operation, a name that gave away absolutely nothing about what its ultimate goal was meant to be.

At the end of World War II, as with so many other places in the world, the United States took over.  The US refused to recognize any territorial claims to places in Antarctica, and rapidly established their own.  This was the period of deepest interest in the land, perhaps in the aftermath of the atomic bombs at Hiroshima and Nagasaki, the deepening terror of a human provoked end of the world clinging deeply inside politicians, busy stoking Cold War fears.  The competition for Antarctica became brutal.  There were even small turf wars that led to a number of deaths and temporary international incidents.  But since most of the scientific labs were shrouded in secrecy, deals were made behind closed doors and the tensions were eliminated.  Even the Soviet Union was working with the United States, and other nations, the scientists friendly with one another.  It became a place where politics was increasingly set aside and science was triumphant.

All these years later it is many of these same laboratories that are sounding the alarm about climate change, and who could possibly know better?

For anyone willing to confront the most dire threat to human life, the evidence is there.  We can simply look at some of the other pictures above (or this one:)

and understand the dire impact of our greed, laziness and selfishness.  And yet do not call this ‘the end of the world,’ because it is not.  It may be the coming end of humanity, or the mass extinction of the current forms of life on earth, but our planet will survive.  It will shrug us all off like the dead crickets at the bottom of a lizard’s tank, and wait another few million years to develop the next dominant species, who might just make the same mistakes and bring our home just that much closer to the devouring sun.