Who remembers the old days, or at least the days when we were young?  Think about the schoolyard, or out roaming around the neighborhood, maybe on bicycles, often on foot, sometimes finding secret or new places to explore regardless of the background where you lived.  I’m talking to the boys right now, those people who rarely get upset being referred to with that childish label (and not the self-important jerk-offs who correct you if you mistake mister for doctor.  And I want to ask these boys–ask these fellows who might not truly deserve the appellation ‘men,’ exactly what happened to your sense of childhood dominance over the world?

Oh, we can all admit in adulthood that adolescent boys are unbearable.  They bounce off the walls in highs and lows, and rush through things making stupid, impulsive mistakes.  All they seem able to do is either annoy people or seriously piss them off.  Girls of this age are no better of course–in fact in many ways they are much worse.  While boys are generally dumb and hyper-emotional, teenage girls are just plain mean.  The differences in fights between boys and girls is that boys may have a brawl, but when it is over it is over (sometimes to the extent that one of them winds up dead, but that sort of demolished ego usually takes a few more years to develop.)  Girls . . . girls will try to ruin your life.  They won’t stop.  They will recruit your friends to turn against you.  They will seduce your boyfriend or girlfriend.  They will invent crimes you committed, or moral outrages, and report these lies to the people who least want to hear them and will cause the boy the most grief.  Boys . . . boys are just momentarily violent, and usually end up filled with regret.

I think about youth baseball versus youth softball.  The girls playing softball always seem to be having fun.  They might be losing 16-0 in the fourth inning, but they are still busy singing campfire songs, clapping their hands, and cheerfully rooting everyone on.  Boys . . . boys on the other hand get angry, throw their gloves and bats.  They scream about being cheated.  They laugh when others are in pain.  And every game–every game until the kids graduate into having a sense of shame–sees at least one boy burst into tears for either dropping a ball or striking out.  It is a gruesome, depressing thing to witness.

Even worse, you get some of the coaches who make the game exclusively about their own sense of pride and masculinity.  They scream at the boys, sometimes even shove them, humiliate them.  They drag them off the mound, enraged.  They stand as a third base coach, telling the boys when to steal a base or race for home and they argue with the umpires (who generally work for free, off-duty police officers and firefighters who love kids), shrieking absurdity about how a twelve year old pitcher just balked and they should have another run.  What can you make of a person like this?

What I see is their failure, their own shattered dreams being shoved down hard onto their own children and the other boys only there to bring him glory.  These guys exaggerate their past, mumble about how they could have or almost went pro.  They trump up their statistics one season as the numbers they attained in the video games these man-children constantly play when not at work.  Here, take a look:

And some of these guys either bow to or condemn the world out of reach, facelessly online.  Sometimes they’re such a bunch of pussies that they march behind people like this:

There is another class of these doomed people, beyond the lazy nobodies still living at home.  These broken men are far from careless, overwhelmed thirtysomething children for whom the world is too much.

This is the culture taking over the world, these men, these children, wracked with uncertainty and raised to doubt themselves.  And yet they are still arrogant know-it-alls, even more insufferable than those pompous blowhards of the past because they have grow shrill and irrationally outraged.  In fact, there are so many stereotypes men have taken on that sexist pigs used to attribute to women, that I have no idea how these guys, in moments of self-reflection, can justify their idea of manhood in any way at all.

Remember when women were the ones with a hundred pairs of shoes in their closet?  Remember, men, sitting there and waiting, bored, finding a chair in a store while your woman browsed with excitement (or perhaps just necessity) over the shoes?  And while some women certainly still do this, it was always a behavior  generalized as feminine. 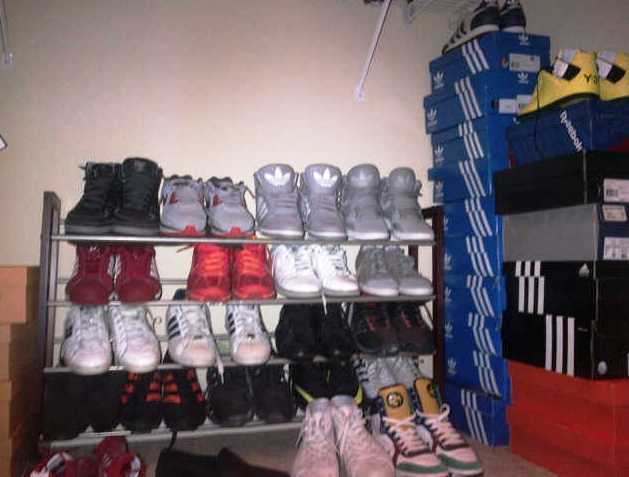 The last one is DJ Khalid’s shoe closet.  Now yes, he’s a rich guy, but this strange obsession that he has with sneakers, down to the shoe box styled benches, gives one a sense of eternal childhood.  That childish phrase on the floor–the arrogance of youth, that smug kid in high school dancing around and showing off his new $200 Jordans.  This is not an example of manhood.  It is boyhood, a permanent refusal, Peter Pan-like, to ever grow up.

There is little wonder that so many men are frustrated and angry today, yet they never seem willing to admit that so much of their misery they have brought upon themselves.  Take these sad, pathetic douchebags: 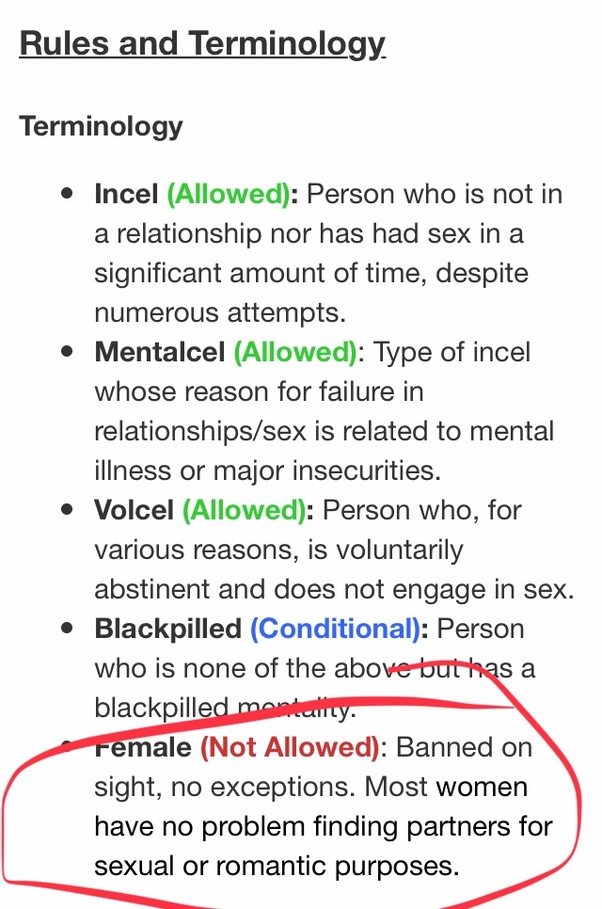 The incels: involuntarily celibate.  These are men so consumed by self-doubt and lack of self esteem that they have transformed it into a righteous rage, like any fanatic, and lash out at a world they believe has wronged them.  They are an insult to true victims.  If one of them were actually to get laid after all this time, how do you imagine that would go?  Is he simply withholding some special technique that can bring a woman so much bliss she will never leave, no matter how terribly he treats her?  Is he denying them his sexual magic because she does not deserve it?  Do they imagine women yearning for them in their celibate stance, wondering how they can talk him into having sex with them?  Isn’t that how guys once treated women?

And this is who they are:

They even have a flag!

The second picture was taken at an annual celebration called “The Blue Ball.”  Childish cleverness.  These are maladjusted men, unequipped for society.  These two have actually made news:

The guy on the left is Alek Minassian, a socially awkward man who had spent the time he may have used to meet woman, whether they rejected him or not, online reading and writing hate-filled rants.  He rented a van in Toronto and drove it at a high speed onto a sidewalk, aiming at women.  He killed eight of them, as well as two men.  Sixteen more people were injured, several severely.

The other guy–another monster, and perhaps the perfect poster boy of the growing failure of men in the modern world, is Eliot Rodger.  He waited in a dorm room and stabbed to death, one after the other, three men because they were sexually active.  He then drove himself to a sorority house and demanded entrance.  He was rebuffed, so he turned around and walked over to several of the woman lingering outside, watching and perhaps laughing at his pathetic display.  He shot them over and over again.  Two of them died in the attack.  Then he got back into his car, speeding along, firing his gun randomly out the window, killing another man, and wounding several other people.  He drove erratically and slammed into several more.

Eventually the police arrived and exchanged gunfire with Rodgers.  He was shot in the hip, but kept driving.  Finally he slammed into a car and, not wishing to deal with the consequences, blew his brains out all over the dashboard.

This guy–again, a face we need to truly consider with the decline of masculine identity–he wrote a hundred page manifesto called My Twisted World: The Story of Eliot Rodger (wanna read it?  Here:  https://www.documentcloud.org/documents/1173808-elliot-rodger-manifesto.html).  Some of it’s highlights include:

This insanity goes on and on and on, building chronologically until he outlined exactly what he planned on doing.  Then he did it, posting his pitiful story for the whole world to see just prior to going on his spree.  I hope, other than the police and investigators, that I am one of the few people who has read this.

The point is that this is what men seem to be slowly becoming (or not so slowly, advanced technology speeding everything up.)  There is a legitimate reason for fear–for everyone.  Angry, frustrated men, or their broken, subservient counterparts, are a suicidal, genocidal movement.  As Eliot Rodger said (and do not doubt that this feeling is widespread in our increasingly selfish times), “. . .  sex should be outlawed. It is the only way to make the world a fair and just place. If I can’t have it, I will destroy it.”