You know why they call it “The Dark Ages?”  It’s not because things were barbaric (although they were), nor that the religio-political rulers destroyed everything they randomly deemed blasphemous (they did).  No, the real reason those years are ‘dark’ is because they have mostly been lost to history.  Go ahead, take a look, and see what sort of history you can find that is not myth or purely speculation.  Oh, you can scan the world and find tales of the rise of Islam and its spread, but, like the jungle narratives of Christian missionaries, they are more legends than verifiable fact.  As with all religion (divine or political or otherwise) one needs only blind faith to transform rumor into absolute truth.

But the “Dark Ages” were extraordinarily influential, forming the grounding and basis for what we now call “the modern world.”  When the Roman Empire collapsed, later historians claimed that this began the broken end of the world.  In particular Petrarch,

a scholar of the Middle ages, nearly two hundred years after the end of darkness and into the Renaissance

coined the term “Dark Ages” (saeculum obscurum) because he could not find enough written history about the era to satisfy his hunger for knowledge.  As a result the age was dismissed, mostly, and developed the rumors of the age that would lead to tales of King Arthur and other noble soldiers of Christ who could save the world from ever falling back into such ambiguity.  And while stories of heroes go all the way back to the dawn of time, the tales spat out in the years following the Dark Ages took on a canonical shade, allowing the tall tales and myths to stand in for forgotten history.

But let us return to the early days of the 13th century and the reign of Britain’s King John.

Now England was a mess at this time, the beloved Richard the Lionheart

dead in 1199, and the new century a glowing question mark with Richard’s hated brother John about to ascend to the throne.  Having inherited an enormous chunk of Europe, it took the inept king only five years to lose nearly all the colonies outside Great Britain.  Philip Augustus of France 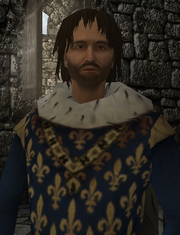 easily conquered the lands of the timid King John (a popular satirical song of the time stated that “No man may trust him, for his heart is soft and cowardly).

It seems that John lost his mind after being to thoroughly whipped, growing obsessed with winning it all  back, and all of France to boot.  He began funding an enormous increase in his army, and spent nearly the entire wealth of the nation on building ships and weapons.  He raised taxes to an exorbitant level, feeding simmering revolutionary movements that had been operating in the shadows since long before the death of Richard I.  These insurgents saw their chance, now, with such a weak ruler.

King John, to further fund his revenge, claimed all the land of the church, declaring himself head of the church, and demanding that the wandering Jewish merchants pay high rates in order to secure their freedom.  This was frequently backed up with torture, rape and murder, the poorest people not simply enslaved, but bred into animalistic silence.  All of this was made legal by the new judges John inserted into the highest ranks, and the fear and oppression within England resembling nothing since before the Norman Conquests back in 1066.

And yet by 1214, when King John believed he was prepared to retake the lands, England was entirely bankrupt and unhappy people were rioting and starving in the streets, condemned by soldiers of fortune into anarchy.

The attempted attack against Philip Augustus ended in further humiliation, John at the last second backing away from the French troops.  They were slaughtered.

England erupted after this defeat, the revolutionaries igniting the movement and, after having their demands for reform ignored for six months, an open rebellion broke out, leading to a siege of London, King John actually being held prisoner in the castle.

The Magna Carta was originally written and signed under duress, a nervous document composed more to remove King John from power than to liberate the people from his despotic rule.  This document (translated as “The Great Charter”) stated that the British Empire would now be monitored by a committee of 25 Barons.

The chief goal of this committee was to check John in his authority, even containing a clause within the document that states that the king would “seek to obtain nothing from anyone, in our own person or through someone else, whereby any of these grants or liberties may be revoked or diminished.”  The king was rendered impotent, in many ways beginning the royal family’s function as purely symbolic.

King John, unhappy with the result of yet another one of his failures, appealed to the Pope in Rome (Pope Innocent III had smugly taken John back into the church, letting him know that he could either kneel to him or to the barons)

So Innocent III declared the Magna Carta invalid, leading to a two year battle known as The Baron’s War.

The Barons, led by the wealthy landowner Robert Fitzwalter 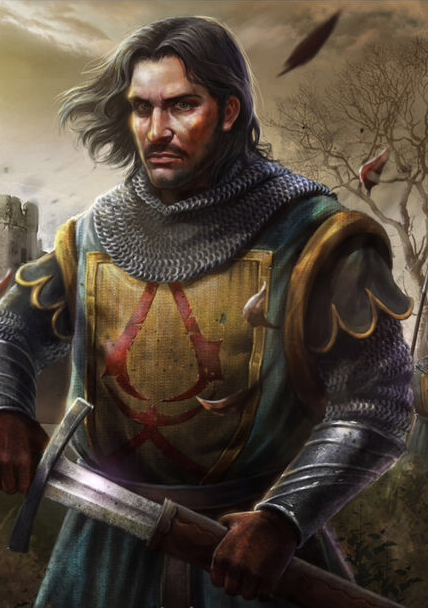 sought and received the support of the French crown in a battle that almost led to the complete destruction of England.  John sent “fire ships” out to destroy the opposition, huge boats on suicide missions that would burn everything in their path, loyal or disloyal to the kingdom.  John sacked the cathedral where many of the opposition soldiers hid their families.  The death toll was massive, a sort of apocalypse descending upon the most powerful nation in the world.

In 1216 King John died of dysentery, leaving behind the collapsed mess of a nation with numerous aspirants for the throne.  In fact, John’s oldest son, the eventual King of France Louis VIII

was offered the position after his successful battles against his father’s forces in the war.  As his last royal decree, on his deathbed, King John appointed 13 executors to help his nine year old son, Henry III 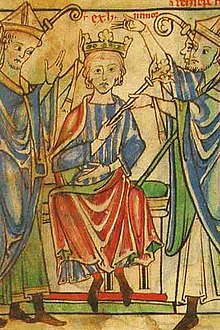 Eventually some ambitious Cardinals got involved, declaring Henry’s war against the “atheistic rebels” a “holy crusade,” granting the suggestion of righteousness to the boy-king.  The war droned on for another few months until exhaustion overtook both sides and the battles slimmed down until there were none.  Negotiations immediately broke out between Cardinal Guala

and King Louis, the threat of excommunication to be lifted only after Louis renounced his claim to England.

By 1217 the Magna Carta had been both modified and expanded, renamed magna carta libertatum (the charter of great liberties).  The major contribution to this document concerned itself almost exclusively with taxes to be levied against both wealthy landowners and the poorest of the poor (guess who wound up paying more).

Wars continued to pop up between England and France, mostly over newly claimed provinces inside and outside France.  But as Henry grew older and less revered, the power of the Magna Carta imposed itself upon the king’s ideas of rule.  Legal challenges kept arising to virtually anything the king commanded, and Henry himself became even less effective than his shattered father.  By 1258 Henry was overthrown by the council of Barons, under the public surmise of “the need to enforce the Magna Carta,” but in effect simply as a power grab.

And yet France, now, suddenly under the rule of Louis IX (later declared Saint Louis)

sided with Henry.  A second Baron’s War erupted, only this time Henry’s son Edward led the British forces to a decisive victory.  Shortly thereafter Edward I would restore England to monarchical rule.

And yet Edward, being from the generation born after the Magna Carta was already in effect, believed in many of its ideas.  He therefore opened up the nation to further reforms and additional liberties for the people.  By 1295 Edward had suggested the development of a Parliament, something which has been in place in one form or another ever since, often causing great difficulty for kings, queens, and Prime Ministers.  But this was the initial opening of the vague idea of democracy, or at least representation, where parliamentarians’ personal interests often corresponded with the people who lived in the areas they controlled.

The Magna Carta continued to develop and change as time went by and was even used as a model for first the state constitutions, and eventually the foundational national document of the United States of America.  In many ways these democratic (or at least republican) transformations have made the world a far less peaceful and more contentious place, giving the illusion to people that somehow their voices matter.  And yet eventually those voices take control, allowing separate, opposing agendas to have their time on the throne.  And the very idea of freedom is challenged, time and again, by conflicting interpretations on what the laws mean and what freedoms they provide.  This is the constitutional crisis that is repeatedly mentioned in every place that has the belief they are somehow a democracy.  We can date it all the way back to 1215 when a ruler denied the validity of general freedom for all mankind.  We have been fighting for that idea–however we may interpret it–ever since. 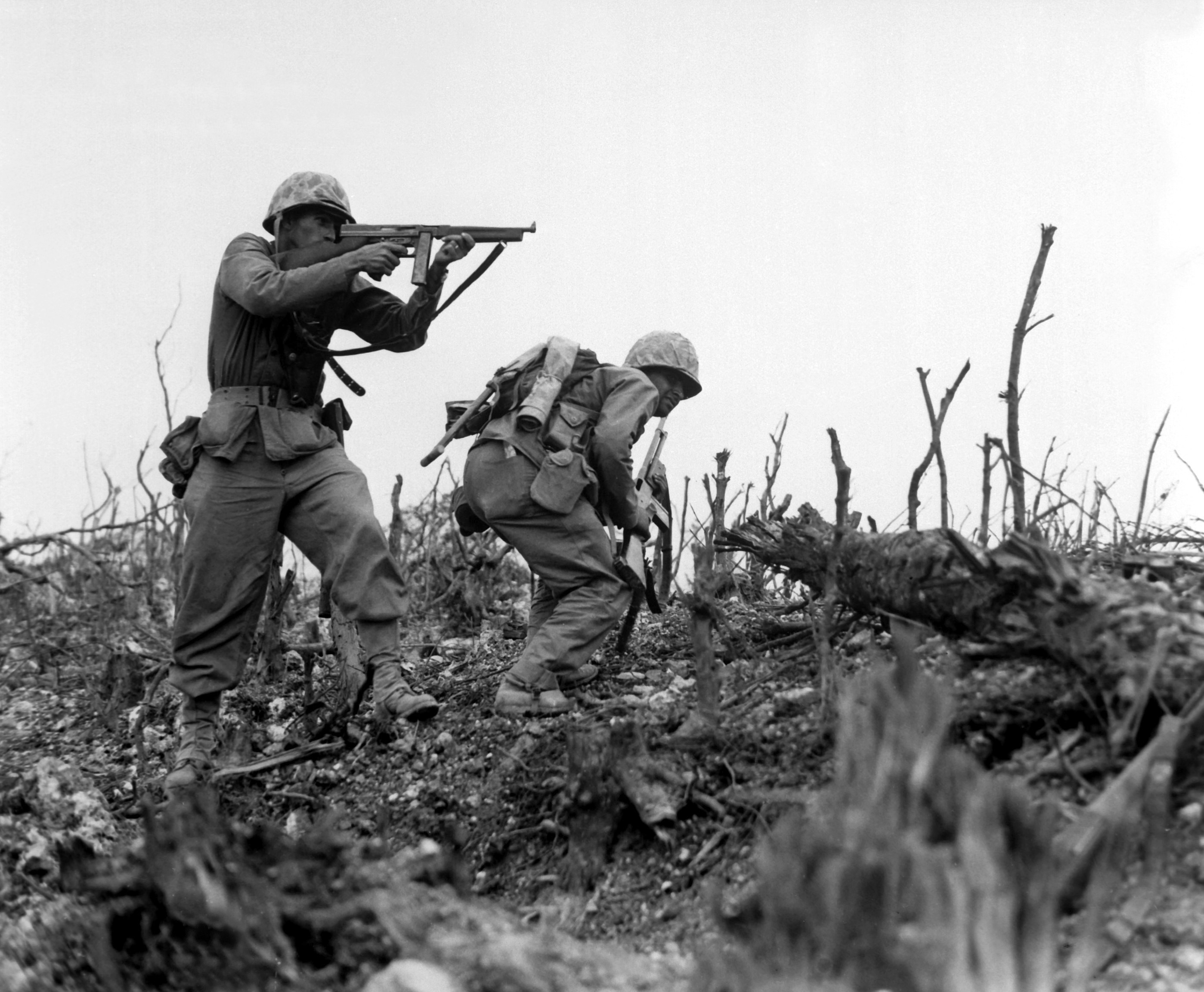 And the fight continues.  What is freedom anyway?  Who deserves it?  Who has the right to deny it to another, no matter how perverse we might find their views?  I suppose it will take the next war to give us deeper insight, but I suspect there will never truly be an answer to what is the value of freedom.