As Recording Editorial History continues to increase with its international audience, expenses (mostly research) continue to rise. I am asking, humbly, for anyone who might be willing to donate and/or subscribe to this site. Apparently we have developed at the very least a middling influence with some of the exposes, and with a higher budget and deeper advertising, perhaps we can influence people who can suggest some sort of change. Yes, messianic on my part and all, but what the hell, right? Anything would help. Thank you for your consideration.

Look at these douchebags.  In no way is this a slur on Bernie Sanders, prominent there at the front of the picture.  I might not be a supporter of his personally, but at least he is an accomplished man.  These jerk-offs?  This is the sort of hero worship once reserved for movie stars, rock stars, and athletes, just as pathetic if not more so.

And yet notice the difference, slightly, in the ages of the fanatical.  Millennials are terminal children, on the most part, unless they just as vehemently reject never growing up and become the selfsame angry right-wing creeps that rally around causes just as radically.

Yes, I plan to attack the millennial generation, which is far too easy to do (every generation sees their elders trashing them, and it is every bit as easy to do.  My parents generation, for example, were mostly correct in laughing at the fervent devotion to ideas and ridiculous fashion trends we pasted ourselves with)

So we don’t really have much place to speak when considering contemporary trends, which are remarkably similar: 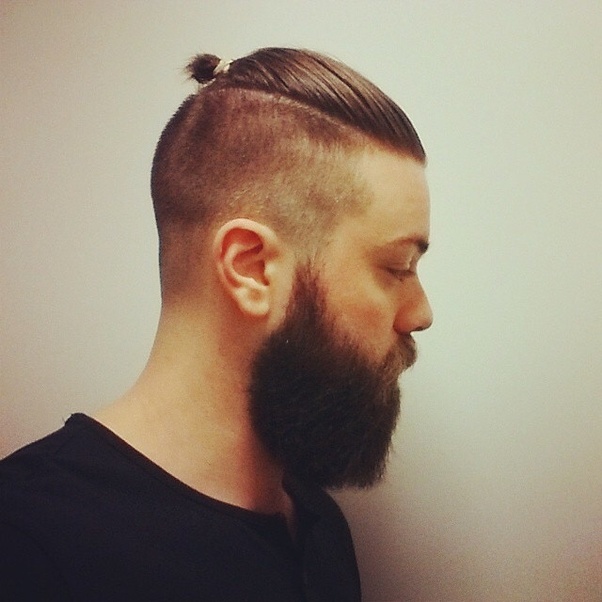 It is this last image, frankly, that is the most troubling.  They sit there with their fizzy craft brew at their hipster brewery-restaurant, not talking to each other, not even truly aware of anything outside of themselves, perhaps staring mindlessly into the screen for any sort of amusement, or idea, or some new scruffy beard trend, or tattoo fashions, or any of the other superficial things this generation seems consumed with.

Again, none of this execuses us, both the older and younger generations, trapped in our other obsessions that resemble the same things in one form or another.  But the difference is in the fact that ultimately most of us eventually grew up, or perhaps ‘gave up’ is a better phrase, and realized that personal responsibility was something we needed to accept.

Look at this statistic:

Sure, we can make the case about the environmental benefits of lower population, or the reality that less crowding can lead to a happier society, and these are several of the justifications millennials use to support their decision not to have children.  They are not points that can really be argued with.  However, this generation, perhaps more than any previous one, blames everyone other than themselves–and you need to listen to the dismissive righteousness that makes these comments so insincerely transparent and selfish, offering excuses for intentionally never growing up.  Here, listen:

“Have you watched the news lately? That’s exactly why I don’t want kids.”

“As I grow up myself, I realize more and more the kinds of shitty things people are capable of. Kidnapping and rape and bullying and terror and stalking and identity theft and … I could go on. Having experienced a couple of these things myself, it would break my heart knowing I was bringing an innocent child into a world where all that was possible. I feel like I’d have a really hard time not sheltering them or not being overprotective.”

“When a kid leaves your body, it costs a pretty $20-30K. I’ve got $52K in student loans to look forward to. That’s negative money I have to feed and clothe and educate a kid. Not trying to bring up a dirt baby.

“There are too many unwanted kids on the planet as is, and many of them are starving, underprivileged and have no resources. I don’t want to contribute to that. I’d rather help kids that are already in need. I’m adopting if I ever decide I want kids. People don’t understand how bad having a large population is.”

–excuse, but trying to sound like a good person–will never adopt or even try to help starving children.

–usual hipster nonsense, pretending to care about things outside the self

–they could find a place to live.  They are a terminal child.  Clearly educated, clearly having wasted their life if they still live at him with that education.  Devoted to issues they ultimately do not care about.  All about the self, down to the singular location relevent to them.

–really?  All about self-pleasure.  Me me me!

“The idea of someone having to cut my vagina open or open up my stomach and uterus to get a baby out of body is just too much to handle. I guess I’d adopt, but I can’t deal with the reality of a person bursting me open and then sucking on my tits. I can’t even handle having a yeast infection so I don’t know how I’d do with my pussy getting torn apart. My mom had to have an episiotomy (a surgical cut in the muscular area between the vagina and the anus) when she had me, and she couldn’t have sex for a year afterwards. Fuck.”

–profound selfishness, not even about whether to have a child or not.  About herself, exclusively.  Will never adopt (“I guess,” is non-committal) and will never have an adult moment in her adult life.

“People say it’s selfish not to have kids, but I think it’s selfish to have them. Think of all the overcrowding and disease and depleted resources we’re already facing. To bring them into the world just so you can see what the hybrid of you and your partner would look like is so dumb.”

–lame justification for selfishness, focused on trying to prove that children aren’t good at all.

“I think these days, with social media and selfie culture, people are so self-obsessed that they see children as another mirror they can see their own reflection in, or even as an accessory they can use to get Instagram likes. They’re almost like cute little status symbols, but I don’t ascribe to those beliefs. I don’t think people are thinking about the future needs and wishes of their kids as much anymore … instead they’re thinking about what kind of self-image having kids will portray to others.”

–only those of this generation, but a pretty accurate statement

“I have personally have never felt the “motherly instinct” that women speak of. I’ve never felt my “biological clock” ticking. I have had multiple encounters with children throughout life and it is always awkward and uncomfortable. If I feel that way, and I always do, I probably shouldn’t raise one.”

–fair enough, but rather darkly self-revealing

“Children always have irritated me to no end. You know that thing they do when they stare at you from over a restaurant booth or on the plane? I can’t. The only time I enjoy children is when they are quiet, humble, intelligent beings, which is basically only when they’re sleeping. I’m not charmed by them, so for me, the logical solution is to not have any of my own. My absolute biggest pet peeve is when other people expect me to think their shitty kid is cute. They look exactly the same as all other kids.”

“I’m a complete mess. I drink and I fuck and I get absorbed in my work. I have all these qualities I dislike about myself that I wouldn’t wish on my worst enemy, so I’m sure as shit not going to wish it on my own child. Meanwhile, I really do love my cat.”

–douchebag self-explanation; excuse for never growing up.  How is their cat not in danger?

“I don’t want to know what a little me would be like. Have you met me? I can’t even keep a plant alive.”

–excuse for never growing up; a child is not “a little me.”

“When I picture my future self and the lifestyle I want to lead, I don’t see kids. I love my job and I want to get the most out of my career. The thought of having to give that up to do things like spoon-feed mushed peas to a baby who will die if I’m not around her 24/7 is too stressful for me. I’d always be worried that, in trying to better myself and make myself happy, I’d be hurting my child in the process.”

“Every single person I know that’s had kids in their 20s has given up their lives and careers to become a housewife or househusband. Even if both parents are working, one person always has to work less, or has to focus less on themselves and their dreams and aspirations. I’ve worked so hard to get where I am and given up so much to reach my goals that the idea of giving up even more to stay at home and reroute my life in a different direction for the next 18 years doesn’t do it for me.”

“My family has been putting so much pressure on my fiance and I to have kids because they’re ‘worried about what people will think if we don’t.’ I don’t care what other people think. Other people are not going to dictate what I do with my body and what comes screaming and crying out of it. If my family, or society for that matter, rejects me because I don’t conform to the life path they expect me to, then they’re not people I care to associate with anyway.”

–I’m gonna defy convention because I’m so unique, like the millions of other people exactly like me!

Now of course none of these people should have children, but that is not the point.  Yes, student loan debt is crushing and yes, the world is a far more difficult and dangerous place, perhaps, than at any other time in human history.  There are legitimate reasons to be scared for the future.  But, of course, without a new generation there isn’t a future anyway.  If only these people would quit pretending that social or global issues were the reasons for their decisions, and admitted that they are simply too self-absorbed to bother caring about anyone else, the world might not be a better place, but at least it might be more honest.

So here is what we old people have to look forward to when we fall from controlling the political structure of the world.  These will be our never leaders.  These people, who will never change, never care about anything other than what blipping noise is right in front of them distracting them from living in the actual world: