Let’s talk about men. You remember men, right? Hairy, unkempt, foul-smelling, crude. We can think up a thousand other mostly derisive adjectives and find a thousand different ways that men believed those negatives were in fact a major advantage. Who knows, some men may even belch or fart out their replies with rhythmic syncopation (something requiring hours and hours of hard work just to get the syllables right).

Of course those were not the only men we used to think of back in those not too distant days of yesteryear.  And let us dismiss those hovelling pieces of shit who try to beat, control–even rape women out of jealous possessiveness (really just unconscious acknowledgment of their inadequacy).  Those people are hardly men.  Those pathetic cowards deserve no other title than the one I just gave them, if not worse.

Men were often thought of as heroes.  They were brave.  They took care of their families.  They sacrificed every nuance of their being to build for a better future.  Or at least that was another cliche.

The idea of ‘the patriarchy’ is as old as human society, and is more than a little valid as both a criticism and a defense on the rise and fall of civilization.  Men, at first to give them their due, have often worked extremely hard and with self-sacrificing dedication to develop and somewhat achieve the ideals they suffered for the betterment of humanity.

Men have notoriously been the greatest artists and most brilliant writers and, for all the modern day dismissal of this idea set in a time gone by, if we were to narrow it down and avoid gender prejudice, it would be difficult to dispute such a conclusion.  Now of course this does not mean that there are no female artistic geniuses or that in many instances you can point out the superiority of women’s work, but the history of gender relations offers an even better explanation.

For the bulk of human history women were denied the opportunity to compete with men.  They were often treated as vessels, as incubation chambers for the next generation of male leaders.  Education was limited, opportunities were certainly suppressed, and the condescending culture only allowed women to develop a subtle, manipulative intelligence on how to get their men to do their bidding.

Meanwhile men, at least ideologically, regardless of how reality usually undermined this, were allowed to pursue their own ambitions, free in their youth to believe they could become anything they wanted.  Oh how times have changed.

There was certain vengefulness to the dawn of the many feminist movements.  This does not disregard, of course, the political and philosophical validity of these endeavors, but it does provide us a window into how we have become such a confused and broken society.  Here is a brief timeline:

Beyond the images, how did this come to be?  Of course we can make the case that men needed to evolve, both socially and morally in relation to women, but the transformation of men from this

creates a troubling picture, at least in the broadest sense.  There have always been people who have felt more comfortable in different skin, and there has always been individual transformations that both men and women have had to make in order to be themselves, but the absolute incursion of this change upon now two entire generations of boys reflects a type of social engineering out of dystopian fantasies.

The height of the feminist movement emerged out of the endless protests of the 1950s through the 1970s.

And of course there were counter-protests, anti-equal rights amendment crusaders, like Phyllis Schlafly,

leading crusades every bit as female-centered as those fighting to be free.

And yet the virulence, on each extreme end of these protests, has metastasized into something absolutely cancerous, the once nearly declared “war against women,”

still a legitimate concern with the radicalization of misogynist groups like the Incels, 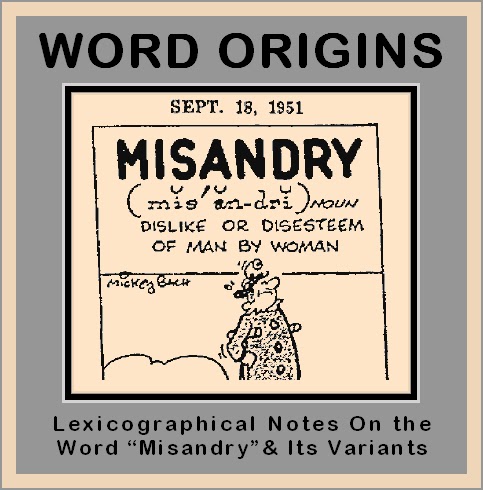 Most of this hindsight is all talk, blather on both ends of the stick seeking to sound more important than they every might possibly become.  Just like there are numerous men today who wish they could live in a creepy The Handmaid’s Tale (https://www.abebooks.com/servlet/SearchResults?isbn=9780860688662&n=100121503&cm_sp=mbc-_-ISBN-_-used) world

let us not doubt that there are women with equal and opposite oppressive fantasies about men that have nothing to do with B & D sex games:

But all of these issues relate to merely perverse gender politics, horrible people doing horrible things to mostly other horrible people for horrible, horrible reasons.  What I’m saying is that people of these absurd degrees do not deserve our acknowledgment.  But what does matter, what has had an enormous impact on the modern world does come out of the post-hippie era feminist movement.  It is the new approach to child-rearing, not just among mothers, but into that swinging, selfish drug haze of the 1970s, where children were suddenly more often left alone to fend for themselves because mom and dad were out getting high or swapping spouses or involved in weird new-age cults that attempted to offer simpler meanings to life.

What about me?  some parents would even shout at their children, bitter and hating the fact that they wound up living a life they had been protesting since they were young.  I don’t want this!  We can still hear these echoing screams, the drastic rise in divorce rates (of course most divorces happen for very good reasons and of course more people still together should probably have long since separated), which comes with increasingly frequency over something as insignificant as a single fight, or the fact that one or the other does not know how to cook, or some other excuse other than I simply don’t love you anymore.

Some women became rather predatory at this time too, angry loons with merciless agendas to raise a new generation of wholly subservient and helpless males.

With new ideas on freedom, men, boys, have been taught to shut their mouths and do as they are told.  They are taught they are stupid, taught that they can’t do anything right.  The waves of liberation that once inspired young women have spoiled into their middle age, with far more conservative world views regardless of how liberal they might on the surface pretend to be.

or their even more malicious brethren, bulldozer parents

are creating an entire society that refuses to take responsibility for anything.  Sure, they can blame their parents for plenty (broken environment and economy comes to mind), but there is always a moment when children need to grow up and take charge of the world.  Instead . . .

And this is the level of distraction.  The men . . . the men–and most women know this, being honest eventually about what, if anything, any longer attracts them in a man–the men are a bunch of whining pussies.  In the past whenever a guy made a sexist remark, and a woman got upset, he could just pat her on the ass and tell her to lighten up.  Now, should a women make a similar slur against a man, they are just a whining gaggle of hens.  They go to the bathroom together and stare in the mirror.  They giggle and gossip and laugh uproariously at nearly everything women say because they fear being called sexist for not appreciating her sense of humor, or for simply not thinking she is funny.  They will even be the first to scorn men, getting ahead of the women (who sometimes have no interest in condemning the man in question).  They shout about gender equality with the sort of urgency women once exuded when it was a new issue.  And yet the men fall flat.  They try too hard.  They make fools of themselves, often.  No one respects them anymore.

It is less the year of the woman than the era of the death of man.  We really should mourn this far more than inevitably we will, but new generations continue to arise and transform their parents’ prejudices into the worst of all sins.  Get ready, man-pussies.  Your kids will swing their own wrecking ball.