Continuing the pre-debate discussions, I will resume speculating how each candidate might fare against President Trump in the general election, should they manage to win the primary:

Michael Bennet, of course, has no chance of winning the nomination.  Apparently a pretty decent guy, I challenge you to name one thing you have heard him say about anything (even if you live in Colorado!)  Versus Trump he would monotone explain his policy initiatives while getting cut off and interrupted by the roiling emotional nonsense the President likes to say.  Expect little difference tonight as the mouthier candidates on the stage take advantage of his anonymity and generally polite nature to relegate him to the audience chairs.  This should be it for him tonight.

Kirsten Gillibrand is my least favorite of all the Democrats vying for their place at the top of the ticket.  A power-hungry control freak, in my estimate, her replacing Hillary Clinton in her Senate seat is strikingly relevant.  Can you imagine how this arrogant, bossy woman with utopian ideas would square off with the vicious wrecking ball that is Donald Trump?  Two loud New Yorkers trying to out shout each another, ultimately offering nothing of value.  Trump would pull the same creepy hovering shit he did with Clinton, only this time Gillibrand would get more easily distracted and make this an issue, destroying her ability to state anything of political substance.  A petty pissing match between two horrible people, it would be.  Gillibrand has no chance to win whatsoever (against Trump either, should she be the one to survive a plane crash, or something), although expect her to linger around like the viral wart she is for another couple months.

Julian Castro was unquestionably one of the biggest surprises through the first round of debates.  An intelligent, articulate man with big ideas, Castro will, nevertheless, find himself an also-ran.  I am sure he would do just fine against Trump, laughing off or swatting aside the most silly and childish of the President’s claims, but that is not the point.  Castro would easily be painted with an Obama-styled rage brush for the prejudiced and the ignorant, those who pay attention to nothing and allow themselves to be fed Trump’s style of ‘fake news.’  They would see him as an interloper, as an outsider–“let’s see his birth certificate!”  “He’s leading the invasion!”  “If he wins can you imagine all the brown people who will come in and take my job, rape my children and get us all hooked on drugs?”  These are actual views that some people hold.  Castro seems like too decent of a man to be forced to suffer such horror.  He won’t win, but he remains an important and viable candidate both now and in the future.  It is important to have his voice on the stage.

Cory Booker seems like a nice guy.  His profile is certainly large enough to earn him a place on the stage, but does anyone really think he has a chance to win, either the primary or a general election?  Trump would attack Booker as an Obama clone, ask the same questions, and then further undermine him with the moderates and fence-sitters by claiming something like “he’s even worse than Obama because at least Obama believed in something, no matter how terrible that was.”  Booker seems very easy to dismiss, ultimately.  He does not appear capable of arguing more than one issue at a time, which in the pre-television age would have worked to his benefit, but in a culture of soundbites and snappy retorts, he will only come across as slow and underwhelming.  He will remain in the Senate (or some other place, possibly a subsequent cabinet position in a Democratic administration) for the rest of his career, and will always be offered a voice in certain important issues.  He will even manage to stick around for a while in the race, probably having some “big moment” planned for tonight, which will get him additional air time for a few days.  But his campaign is not going anywhere.  Trump would defeat him.

I like Joe Biden, I really do.  He should not be running for President.  It is not his age, nor his long-standing, multi-generational representation in the United States government.  No; he is too easy of a target.  Anyone in the public eye for as long as he has been (and suffering from an actual conscience, unlike Trump) is going to have an endless supply of dirt leaked out at strategic times, from questionable allegations to the bumbling, stumbling mistakes they have made.  Biden will look better on stage tonight–a politician of great skill with a strong team who will prepare him to the best of their ability.  But wait for the numerous moments when others on stage cause him to veer off script and watch him stumble, mumble, look sad or angry, shut up or shout out an unfortunate response still wrapped in political newspeak.  He cannot win, regardless of polls.  The fact that he presently holds the vast majority of African-American support is troubling for the future election in the simple fact that this bulk, once Biden is eliminated, would only find enthusiasm in a handful of the other candidates, causing many people to stay home, shake their heads and repeat the oft-stated “the system is rigged.”  Biden would lose to Trump.  Heavily.  Biden is in the vein of other once prominent political losers, the Mondales, the McGoverns.  Hubert Humphrey.  Candidates of otherwise great accomplishment whose ideas are far too limited to stop the freight train of reactionary populism overwhelming the nation.

Kamala Harris could beat Donald Trump.  Easily.  She is smarter than him, wittier than him, has the talent to be more articulately vicious than him and is such a talented politician that you can easily mistake her for an actual human being.  I like Kamala Harris.  She is a wonderful candidate.  Expect her to do not quite as well as the first debate, but to make her points and get noticed with several sharp rejoinders to the fraying opposition trying to take away some of her steam.  Kamala is going to remain around until the very end of the primaries.  I honestly believe she is the Democrats’ best hope in defeating President Trump.  Watch for her to be directly responsible for ending at least one of the other candidate’s campaigns.

I have no idea how Andrew Yang has risen in the consideration of the potential Democratic voters.  This is nothing against him personally.  Clearly he is a smart man who knows what he is talking about (in those brief moments he is given to publically speak).  The few times I have seen him interviewed–with no one else to talk over him–his ideas seem pretty sound.  And yet all most people know about him is that he is offering $1,000 per month to every citizen, an implausible idea that only an incredibly wealthy man could dream up.  Yang will probably be the most successful among the former candidates after he leaves the race, having all sorts of technological innovations he can sell to the new government or, perhaps, overseas.  Things are looking up for Andrew Yang, other than the fact that after having time to say a few stronger words than last time, he will be once again shuffled to the background, given no more time for counterpoint.

Tulsi Gabbard is pretty awesome.  Oh, make no mistake–she has no chance of winning the primary, but she remains a necessary voice in this race.  Representing the military wing of the left (I imagine she was a kick-ass soldier that not only earned respect, but who rose to an important leadership role on the field of battle), Gabbard is smart enough to offer this to the larger conversation.  It is difficult for anyone is go after Gabbard directly (as it is to go after Pete Buttigieg for similar reasons) for fear of seeming somehow slightly less American.  I want Gabbard to stay around for a little longer before respectfully bowing out.  Whomever she decides to support once the time comes will benefit greatly by the enthusiasm of her limited following.  Versus Trump, I suspect she could certainly hold her own and shame the President enough to set him off on one of his least rational and non-sequitor rants, but I doubt she has to backing to actually defeat him in the election.

Jay Inslee would be a wonderful nominee to head up the EPA in a Democratic administration.  A true environmental warrior, tragically his message is underwhelming on a stage where people are sniping and barking at one another about far less urgent issues.  But Inslee’s presence alone will allow the broader question about climate change to be raised, and force every other candidate to take a position and offer a suggestion.  Trump, of course, in a general election, would successfully write Inslee off as a kook, diminishing him even in the eyes of loyal Democrats with different priorities.  It will be unfortunate once Inslee is kicked off the stage due to lack of funds and lack of interest.  His voice is needed. 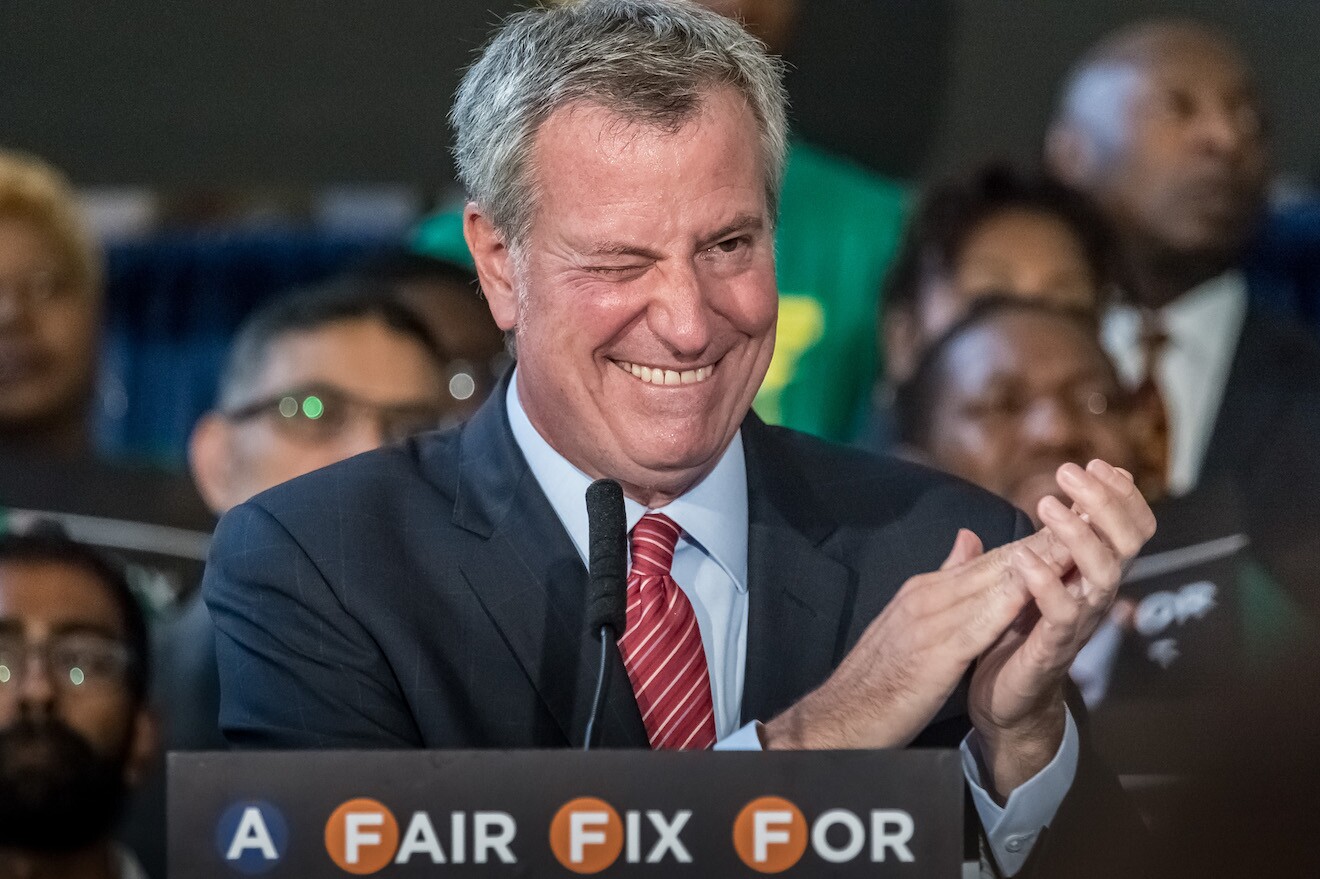 Bill de Blasio . . . does anyone actually support him for President?  A loud, obnoxious, rather intimidating man, he does not appear to have anything worthwhile to say.  A strongly disliked mayor of the largest city in the United States, de Blasio, to me, can only offer one thing in tonight’s debate: I hope that he and Gillibrand get into an interruptive shouting match in order to get both of them out of the race.  Were de Blasio to somehow win the Primary and square off against Trump it would be a horrible night on the stage, two pricks trying to out talk one another at the same time, filled with all the petty insults and name-calling one would expect from two arrogant children trying to have their way.  In the end a general election between the two would result in a devil-you-know sort of outcome, good for nobody.

So this is what I believe we have to look forward to this evening.  After the debates I will follow up again and hopefully eliminate several of these people so I only have to spend a single night in the future following the build up and outcome of a lingering future.  Once again: enjoy.