We are all afraid of something.  And we should be.  The world is frequently a horrifying place.  And yet fear–true fear–is something that most of us refuse to recognize.  There are a lot of things to be frightened of–plenty of terminal horrors that can overwhelm us without much effort.  The very idea can cause us to huddle inside our homes, clutching a shotgun if we have one, and peering through the blinds in case zombies or monsters or just regular crazies are pretending that they wish to get inside our doors.

Look:  These are popular images:

Yeah, it’s all white people bullshit, but the question of fear transcends race, religion, and gender:

We are all afraid of something, something.  Quit pretending that you are actually brave.  There is something out there, whether real or in the darkest fictional landscape, that forces you to consider mortality, and wonder whether life is as secure as you have always presumed it to be.

Myself?  I like to believe that I am scared of nothing.  I do not care if I offend you.  I am not concerned with your feelings.  And whether I care or not whether I offend you is private business–nothing that impacts what I have to say to people; the idea of fear cannot help but interfere with the general idea that I wish to attack everything I am capable of.

Years ago–let us call this 1989, when I was seventeen years old–I excitedly purchased a book called The Satanic Verses by the brilliant Salman Rushdie (https://www.abebooks.com/servlet/SearchResults?isbn=9780670825370&n=100121503&cm_sp=mbc-_-ISBN-_-used).  Here was a story that had offended so many people that religious fundamentalists declared the author must die.  Now the book itself is a wonderful fantasy, the story of two natives of India who fall from the sky after terrorists blow up their plane, and they descend into the madness of religion.  One becomes an angel and the other a demon.  As the story progresses, they somehow change places, the demon a sort of angel and the angel truly a devil.  It is a wonderful book, famous mostly because crazy people condemned its author to death.

This, in retrospect stupidly, was my first ambition as a writer.  I wanted to piss enough people off that someone somewhere would think it was proper to kill me.  I didn’t actually want to die (or at least I don’t think so.)  No–wanted to be famous–be a daring author who offended so many people that his bestsellers existed because most indifferent people wanted to know what all the fuss was about.

Do I believe myself talented, to be good at my job?  Of course I do.  All writers are arrogant.  But the idea of fear, of what scares us, is a far more profound subject than myself merely stating that I am a pretty good horror writer.  No–no no no.  Horror itself is a confusing term, especially in the literary world.  There are family dramas and romance novels that are true horror stories, while plenty of supernatural narratives are merely action-adventures, or silly happy-ending fairy tales, no true thrills beyond the heroes violently slaying monsters.  Fear itself is not a literary term.  It is reality.  It is a problem we all suffer from every day.

Terror–terrorism, is not about the murder.  It is not about the destruction or the chaos that arises after a particularly horrible event.  No, terrorism wishes to be what the word itself means: a method of terrifying the people.  When people are scared they become willing to give up some of their individual rights, their freedoms.  They stare at the world and see danger in every face and they wonder which rights are worth sustaining, and most of the people focus on guns, on the fear of invasion and the inarticulate wages offered to protect one’s self in the event of dire emergency..  And the paranoia behind the door that all of us feel towards the unknown grows into genuine panic, and we see enemies where the mostly bland faces of one another are otherwise propped, the world a growing nightmare despite the fact that those we abandon were once upon a time our closest friends.

Fear.  We are all afraid of everything.  Look.  This is what we somehow believe in:

We are truly afraid of everything:

All the stupid personal shit: 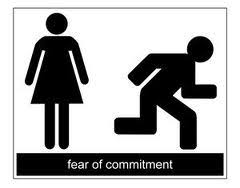 Again we, as a species, have allowed ourselves to be afraid of anything, of all the stupid, harmless bullshit that revolves around us.  This is not about horror novels and movies, plenty of which I love, but about the fear within human nature, a growing force that infects all of our personal relationships and invades our concept of right and wrong, of good and evil, of how all of us should be forced to live.  It is that lingering doubt, the fear of commitment to anything.  We can call this politics, or religion, or social justice, or merely the confused idea of family

Hating the world, or our lives, is far too easy.  There are so many reasons to choose from.  But the courage to stand up, the overcoming of fear about all of those things that rightly terrify us

And who is to blame?  There are still many fools who wish to pretend that our personal exploitation of our home, of this planet we have been fortunate enough to exist upon, has nothing to do with the general decline of humanity.  And of course this does not (yet) have anything to do with a decline in population, nor a general panic over the resources we seem to need to continue functioning as a society (think water less than fuel.  Think water and you will see the most profitable commodity of the future).  What we see in this nervous time is the acquisitive greed which promotes so much paranoid hatred that society itself–this grand experiment people far older than ourselves devisied, something undefined called ‘organized civilization’–becomes an increasingly selfish place, one of me-first-me-first, and my-family-before-all, and humanity can go to hell just so long as I get to shiver inside my home, ready and waiting for whomever or whatever eventually comes to knock upon my presumably promised safe door.  And I will shoot them; shoot you, just in case you try to take a single bottle of water out of my child’s hand–even a sip, for a pleasant exchange and an offer of bullets.  Kill or be killed is the caveman way of life.  We drag each other by the hair.  We demand.  Sometimes we even get our own way.

Fear is toxic.  It is a virus.  It is invasion.  We allow this percolating mass of partisan prejudice and irrational belief to overwhelm us, to make the state of humanity into a foolish, unbelievable joke, where everything the innovators once thought powerful, and all thoughts resembling those who tried so hard to create a nation become stereotypes, become random cliches within the limited thinking of our cynical overlords who devour everything any longer worth caring about.  And we are left afraid, in fear.  And if not–and this is far worse!–we are left rooting for a former star, some old time hero who is well past their prime, with the hopes that by the end of the season we can all come together and realize that none of us are any better than anybody else.