Tomorrow I will be spending, with no doubt numerous intermissions, more than eight hours watching presidential candidates deliver either prepared statements written by staff members, or the genuine, sometimes urgent seriousness of people who take the problem of climate change very seriously indeed.  Please think of me in those passing moments of joy and interest you may have while I suffer through mostly mundane repetition and cynical boosterism and attacks.

Why am I doing this, wasting most of my time on the hopeless comments of also-rans?  Two reasons.  One I hope is noble: I truly believe the decline of human survival on our planet is the most significant issue we face (see numerous previous pieces I have written on these dire problems, or skip ahead to the next few days when we talk about hurricane season).  My other motive is far hollower, that being the fact that of all these many pieces I have written, the commentaries on the coming 2020 election have made me the most money.  Call me a whore, sure.  But I began this process as yet another one of my numerous ongoing serieses out of the idea that these issues and topics I try to take on are important.  I saw no personal profit, or at least at first.  Who can blame me for seeking another few hundred dollars while discussing the apocalypse?

Okay, so ten of the candidates are talking for about 40 minutes each.  Starting at 5PM we have Wolf Blitzer

interviewing first Julian Castro, and then Andrew Yang.  Both candidates are pretty serious people, and both have at least what appears to be genuine concern over the issue.  Expect Blitzer’s occasionally bland questions and far less aggressive style to allow both men to say quite a lot, while the audience participation will offer meaningless, pandering and perhaps an occasionally serious question.  The last ten minutes or so of their time might grow awkward into a brooding silence.  It will require definate charm–a characteristic that both candidates seem to share

–to keep a viewing audience interested.  Going first, while far too early to achieve a prime time bump in the ratings, will allow them to both escape generally unscathed.

Erin Burnett takes over as moderator at 6:20,

CNN declaring that their one prime time woman should interview two female candidates, both the once ascendant Kamala Harris 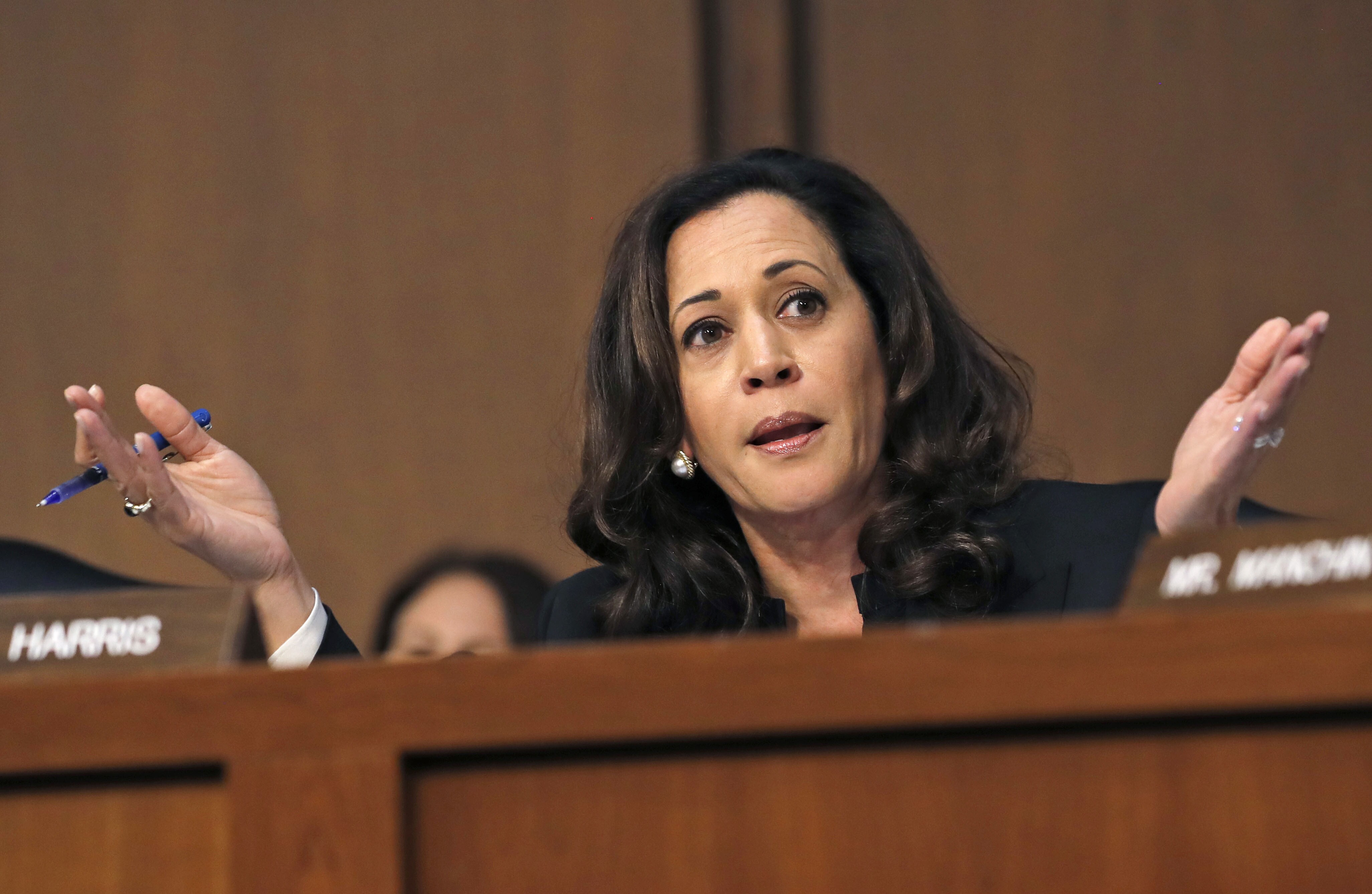 Both of these women frankly make fine candidates, but there is a bit of a stir within their campaigns.  Both Senators are very opinionated–a good thing for people in their position–and both women often come across as rather harsh.  This will allow the audience (viewing and nervously asking them questions) to subconsciously hear Donald Trump calling them “nasty.”  Not fair of course, but our attention span–particularly under Trump–has been reduced to waiting for a feud.  Harris, who needs to make up some of the ground she has lost, is unfortunately on at 6:20, providing her with only the chance to utter a few memorable phrases that might make it into the endlessly repeated news cycle.  Both women should do fine.  They are skilled professionals and will no doubt be very prepared, capable of exploiting the latest devastation that is Hurricane Dorian to at first instill fear and then offer hope in whatever plan they have tried to devise to reverse the looming catastrophe.

Anderson Cooper takes over next,

Both men have tremendous experience, and both of them have trouble controlling their emotions.  Cooper, a very savvy interviewer and sharp newsman, can make or break either of them tonight.  Sure, each of them have fully prepared statements about what to say and how to answer many of the questions likely to be asked, but the ease with which they can be pushed off script might be too much for Cooper to resist.  I sense a disaster coming out of this for either one of them if not both.  The buried and open rage of these men may just splatter out into issues that have nothing to do with the ravaged climate of earth and turn into another carnival barker’s sideshow.

someone who I personally find to be a terrific news anchor in this modern era of opinions first, but who has also suffered recently because of his own overly-emotional takes on just about everything he puts his mind to.  Cuomo appears to be a genuinely decent guy, filled with concern for humanity and a certain honesty that cannot be denied.  He will moderate the town halls of Elizabeth Warren

These are probably the two smartest candidates and both of them are certainly on the rise.  Warren, despite the rage fueled attacks of the President (clearly an example of his terror of possibly losing to a woman), the declarations about her “socialist tendencies,” and her minor flub in declaring herself partly Native American, is a serious and legitimate candidate for President of the United States.  She seems to know something about everything and there is no doubt that whatever ideas she has on how to cure our sick planet will be well thought out and convincing.  She has a remarkable ability to offer hope in spite of the dangers of living.  Everything she has to say will be parsed and edited until the reruns show her exclusively in partisan extremes.

Buttigieg, whom I have said several times I believe to be a future President, is amazingly well put together.  He seems incapable of being flustered, offers a fine sense of humor while expressing his serious understanding of the problems facing both the nation and the world, and he will certainly have some worthwhile points to make.  Additionally–boy does this man know how to work a crowd!  Both candidates here, under what will be the at times serious scrutiny of Cuomo–a journalist who sometimes desperately tries to come across non-partisan–should score and ultimately win the night. 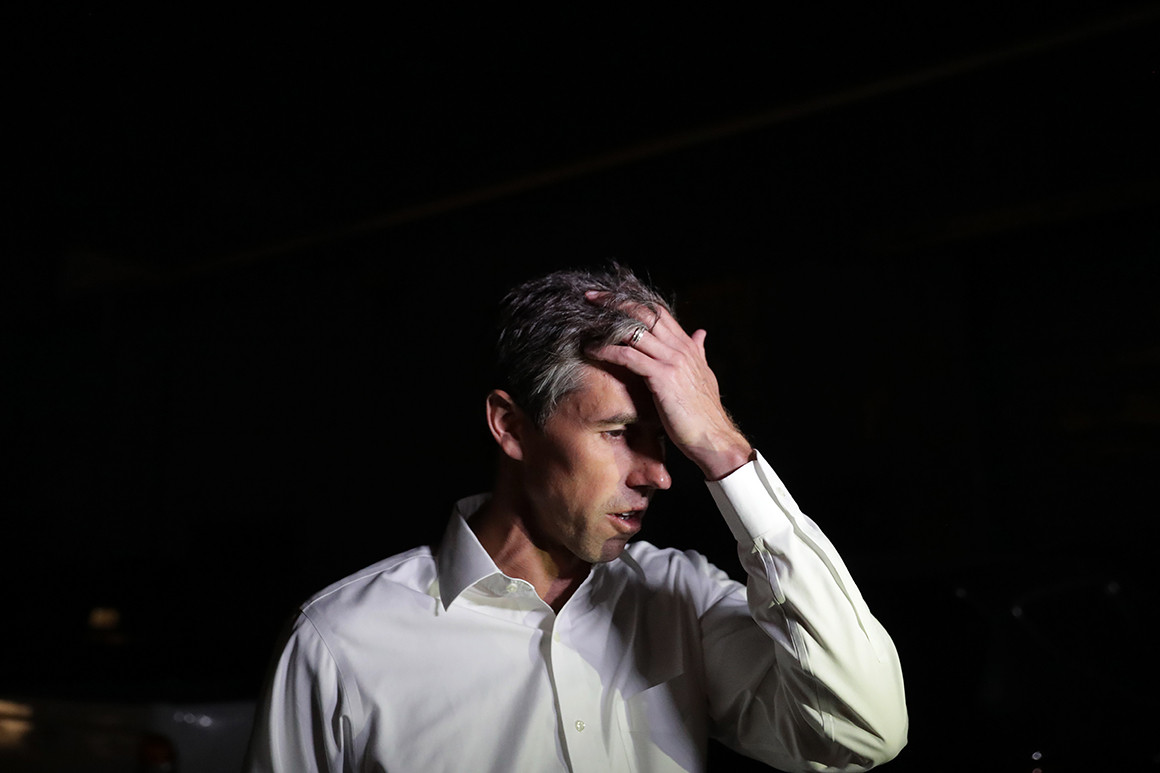 Now Lemon is an interesting character.  A supremely charismatic man, of all the hosts on CNN he is the one seemingly least capable of keeping his own views out of the news he reports.  Probably closest, at least in approach, to the ranting jackasses on Fox, Lemon still manages to retain a certain air of truth, willing, at times, to condemn his own sacred cows.  Lemon asks hard questions and has no problem both laughing at and telling those he interviews that they are liars and that they’re wrong.

O’Rourke is a dud, although he will likely gain some ground on the issue.  His disgust over the rampant gun violence in his home state of Texas will likely bleed over into his ire regarding environmental catastrophe.  I suspect he will skate by still intact, mostly because he does not have another candidate responding to his flaccid claims and making him look stupid.  As we approach the end of this very long night I have to imagine I will pay less attention to O’Rourke than anybody else.  I suspect every viewer will feel the same way.

It is Cory Booker’s genuine sincerity that will wrap up the town halls on the plus side.  The top of the second tier candidates, Booker will remain a significant voice in national politics for a very long time.  He will have some sincere things to say and some sincere responses to questions and Lemon will go pretty light on Booker because he seems like such a pure soul.  His sincerity can be grating.  His humane decency and overwhelming tolerance–even when he is accusing another of terrible things–creates, finally, an exasperated image on nearly every issue.  It will be interesting to watch and then you won’t remember a single thing he had to say.

CNN then wraps the whole thing up with a dense roundtable summary session.  One individual of note yet to be mentioned is Bill Weir,

the network’s “Chief Climate Correspondent.”  Weir is one journalist who actually understands the issue, and can offer some context to what each candidate is proposing and the validity of what they have to say.  He will be an important voice to hear for those still withholding their final judgment.

You can say what you will about CNN and their frequent biased rants (the same can be said in all forms of news media–and do not reduce this to simply a ‘main-stream-media’ problem.  Independent news outlets make it a point to openly express their biases.  At least on places like CNN you can hear what people who actually matter believe, sometimes), but on the issue of the climate they are far ahead of any other network.  Half of the people even seem to actually care.  I certainly care and I am sure many of you do too.

I suspect that my commentary on the town halls will not appear until late Thursday or Friday morning due to the density of the material I need to cover.  Sometimes doing this is hard work, instead of the usual morning calisthenics I pass these essays off before getting down to serious work.