Know where this is?

The aftermath is horrifying

This is the Bahamas, a joyous, beautiful land, in the wake of the latest hurricane to destroy our habitation of this planet.  Even the dead are forced to suffer again.

Look at this, before and after from satellite images.  This is real, not animation.  The yellow lines are merely traces, allowing us to realize that some smaller islands are completely submerged.

Take a closer look.  The white grids display the buildup of civilization on Grand Bahama.  The fact that from space the whole island is a darker hue is decidedly ominous.

So preparations for the coming storm, complete with warnings from the government of “imminent devastation” (imagine hearing such an official statement.  People either panic or outright deny its existence.  We’ll get to that shortly . . .) force people to race around to hopefully ride out the danger. 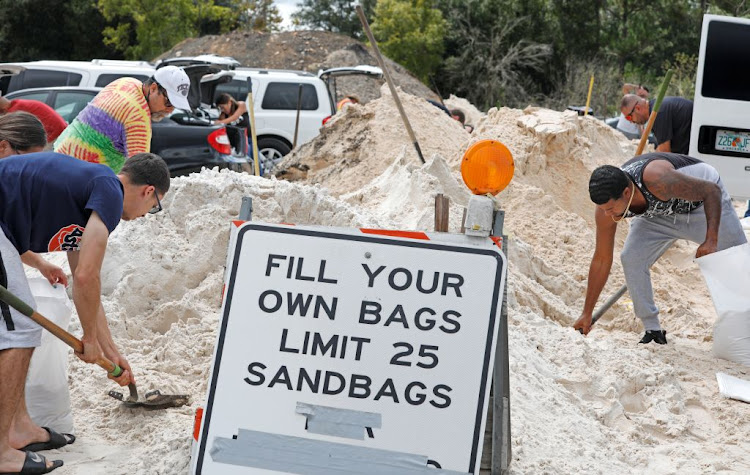 Some people wait until the last minute 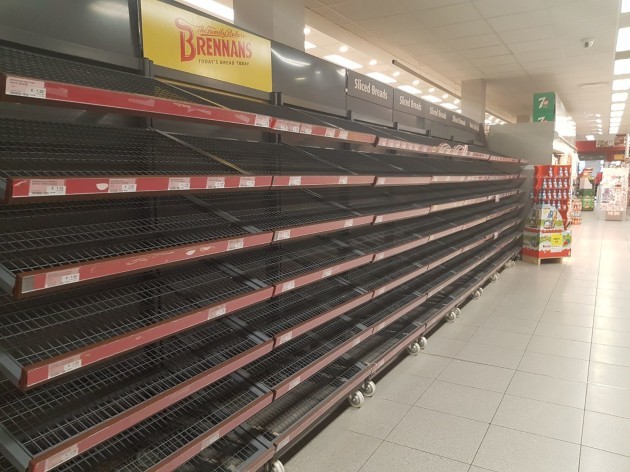 And then they worry, and cower, and hope that someone out there might save them should the worst finally happen.

There are not many options.

It continues to approach, barely getting weaker.  People in Florida are either on high alert

Or, bafflingly, they disregard the warnings.  “It’ll only be a Type One by the time it gets here,” they say.  Know what a Type One Hurricane is?

It says that damage on land is “minimal,” and yet the winds howl from 74-95 miles per hour.  The storm surge, or the water flowing onto the land, is 4-5 feet.  Have you ever experienced winds of a mere fifty to sixty mph?  Downed power wires, outages.  Trees crashing down into houses and blocking the street.  People even die in such storms.

This is from a Type One hurricane, a storm which knocked out power of over a million people for a week.

Couple this with high tide, as much of the Southeastern USA, not to mention the entire Caribbean region is experiencing, and you have utter disaster even if the winds dip to Tropical Storm levels.  The ocean is so churned up that there is very little we can do.

Some, of course, do not believe that things are anywhere near as bad as scientists and others in the know claim:

He says, regarding the increasing climate crisis, “I don’t believe it.”  He says, “Unless somebody can prove something to me, I believe there’s weather.”  He accuses scientists whom he refutes as “having a political agenda.”

“People in the 1920s thought the Earth was cooling, now it’s global warming,” is sighed upon with a shaking head of exasperation.  “It’s all bullshit,” he has added numerous times.  “They just want to kill business.”  He believes that money is more important than the life of others, willing, as he is, to suck up the last of our natural resources in order to turn a vague profit prior to the extinction of humanity.

Sure, you can accuse me of being alarmist.  But check out this chart:

Perhaps putting it this way might matter to the President.  Each storm, after all, cost more than his entire personal fortune.  If we look beyond Hurricane Sandy, we find repetitions of this:

And this does not even consider cyclone season in the Pacific.

A small sample of only those hitting the US.  How about this?

This is the average per year.  Look at the International disasters database for a deeper idea into what is happening all over the world (https://www.emdat.be/), with not so much increasing frequency (although there is that too), but with much stronger intensity.  With rage.  This includes not just hurricanes, but tornados, wildfires, mud slides, volcanic eruptions, earthquakes and the extinction of species, which numbers–this is true!–anywhere from 24 to 600 per day!  And while most of the life forms in question are vegetative or even viral, and sometimes the extinction is more a process of evolution than a final death rattle, the number is still radical and absolutely terrifying.  According to The World Counts, an ecological study data website (http://www.theworldcounts.com/counters/degradation_and_destruction_of_ecosystems/species_extinction_facts), this year so far (and I write this the morning of September 4, 2019), 87,814 species have gone extinct.  This is a statement they have made:

We don’t know exactly how many species go extinct every year but it could be 100,000 – about 1 every 5 minutes.

The current rate of extinction is up to 10,000 times higher than the average historical extinction rates. We, the humans, are almost wholly responsible for this increase.

The worsening and loss of biodiversity are projected to continue, and even accelerate. Direct human activity and climate change is the cause of this – for example through the destruction of forests and coral reefs.

There is a wide belief that a “mass extinction” is underway. Some predict that half of all living species could be gone within 100 years.

Within the next 15 to 40 years it is likely that the following animals will become extinct: polar bear, chimpanzee, elephant, snow leopard, tiger, mountain gorilla, orangutan, giant panda, rhino, and the koala bear. Unfortunately, these are just a few of many…

Now it is very tempting to write these statements off as the ranting of radicals and lunatics, and certainly you can find plenty of apocalyptic doomsayers within this crowd, but there is a very noticeable change to the earth in recent years; in fact, ever since the industrial revolution in the early 1800s.

And yet there are still people who shrug this off.

The studies offered by true believers of this are curious and extremely vague, like most opinions of people who do not know what they’re talking about.

Looking deeper at the leaders of the ‘hoax movement,’ we begin to notice a few motives:

Senator Inhofe, an 84 year old right wing crank who once threw a snowball on the Senate floor to mock the idea of “global warming” (an unfortunate phrase; climate change is far more valid.  The severity of heat, drought, sudden freezes and the ricocheting temperatures, sometimes varying as much as fifty degrees over two days, makes a far better point, regardless of the fact that the oceans being warmer is why the hurricanes are increasingly extreme), was actually the chair of the Senate Environmental Committee at the end of the Obama’s second term and up until Donald Trump entered the White House, assuring Inhofe that his agenda would be fulfilled.  Inhofe made this odd statement:

My own granddaughter came home one day and said … ‘Popi, why is it you don’t understand global warming?’ I did some checking . . . the stuff that they teach our kids nowadays, they are brainwash — you have to un-brainwash them when they get out…

Another statement he made, also on tour to promote his book, makes a point that brings us back to reality:

“I was actually on your side of this issue when I was chairing that committee and I first heard about this. I thought it must be true until I found out what it cost.”

“What it cost.”  This is the motive behind the denials, behind pulling out of international deals to help the living conditions on earth.  (And I have stated numerous times that this growing crisis will not be the end of the earth itself, but merely the end of humanity.  The earth will be just fine without us.)

Here are a few self-interested statements made by some regarding what is most important to those without consideration for other people, for their own grandchildren or for the fate of humanity.

Trump said this.  Ronald Reagan did not, and yet the image seems to resonate, doesn’t it?  All these years later we can somehow believe that this was Reagan’s worldview when certainly it was not.  Sure, he definitely had corporate interests and business before safety leanings, but he was not the sort of man to abandon the idea of the future for a few more dollars today.

Just wait, just wait and see when some vicious tycoon starts buying up all the fresh water springs the world over.  Water is the market of the future to be cornered.  That’s when you know that the end is truly upon us.  The end comes when selfish people like this, when climate change deniers take advantage of the fact that they were wrong.  Who says none of this is man made?