Children grow up to become either rebels or subservient followers.  They trail behind or renounce their parents’ worldviews, sometimes arguing and other times accepting whatever it is they have to say on how the world is.  Of course it is hardly that simple, belief itself being a far more complicated thing than simple acceptance and refusal.  Various nuggets simmer down into the unconscious, forming ideologies that, regardless of the outcome, resemble their parents’ tone.

Here is how most people remember childhood these days (and perhaps always) in this current era of victim hood:

Now before we take an obvious side, I want you to reflect for a moment and be absolutely serious with yourself as your privately and quietly read this: which side were you on?

Personally I was a little bit of both, certainly the asshole making another person feel like shit.  I never actually descended into physical violence except as a method of self-defense, but surely I had a cruel wit and would occasionally harass those I did not like for fun (we all regret our youth).  But my targets were less specific, not focusing on the awkward or the shy or the weak.  I thought myself a warrior, a delusion that my comic book reading helped to inspire, fighting for justice of the oppressed.  I would bully the bullies and this would occasionally lead to my getting my ass kicked.  Sometimes with satisfaction I could make them cry, or even get their friends, too, to laugh at them.  Of course most of my efforts were failures, not taken seriously.

It is very hard to be indifferent to the endless taunts and lying whisper campaigns that ruthless individuals start about someone.  You tend to either believe or deny the allegations, whether they are true or not, based upon whatever partisanship you share with others.  If your friend is getting bullied you tend to stand up for them.  (Unless you think you are fearfully outmatched:)

But bullies learn it from somewhere, don’t they?

And the parents are often forced to endure this too, everyday, all day long: 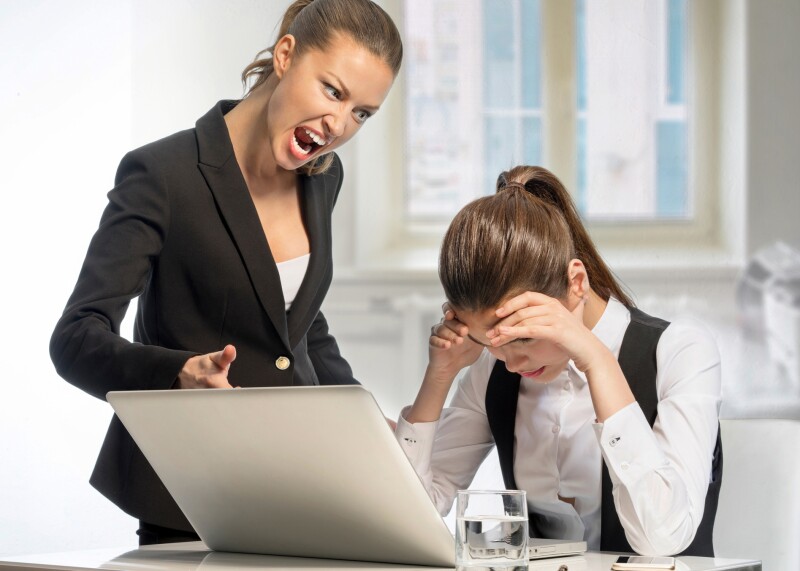 How does this impact their children? 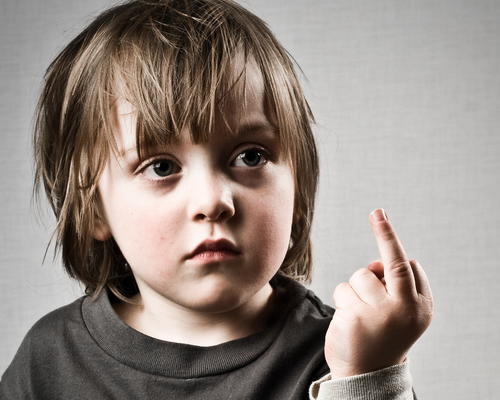 What sort of monsters do nearly all of us create?

But I wanted to talk about politics, as some of the above metaphors hopefully allude.  The Democrats and Republicans, each featuring their own bullying victim hood.  Let’s look at some cliches first:

And yet, deep within the partisans there are opposing ideas.  The left is domineering and demanding, in favor of social engineering and control, according to some:

And liberal perspectives of the right? 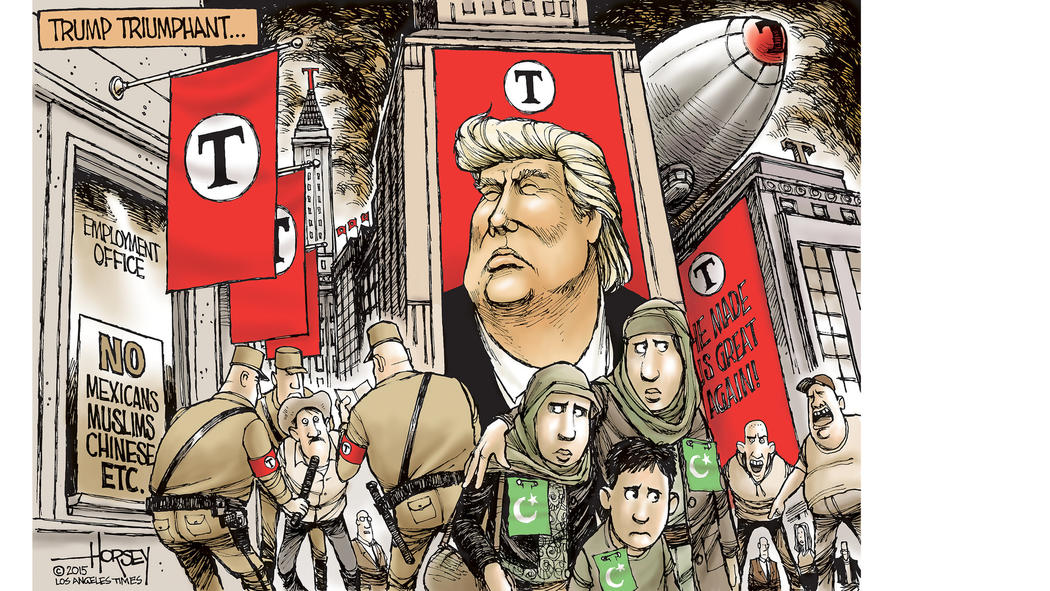 Which side is bashing the other harder?   Does it even matter?

Here is a more moderate opinion: 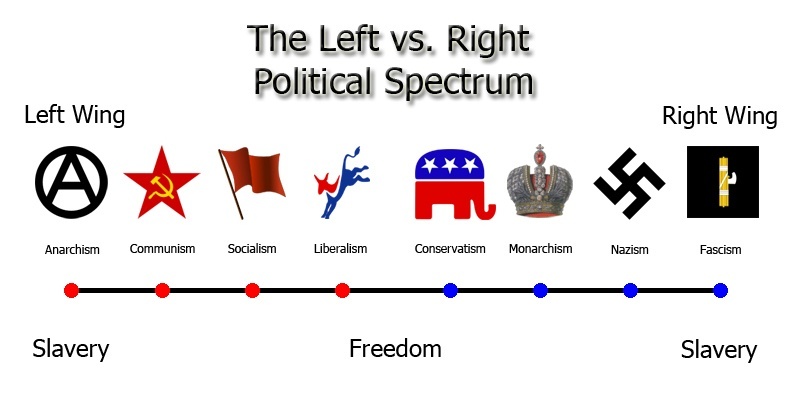 It seems pretty fair, rather accurate.  But then the partisans get a hold of the idea, get offended, and try to prove the morality of their own views:

And fringe groups arise, inflaming society and denying the actual reality of people on every side:

And people feel bullied and bully the opposition right back, like the children such small-minded people are.  Those who try to avoid such tactics tend to fall victim to the echo chamber of nastiness and victimization that seems somehow instinctual.  “Did you hear what they said?” someone asks.  “How can those idiots believe such things?

The truth–and I state this based upon listening to the policies being expounded by party leaders from far left to far right and those handful of lingering moderates in between (or at least those with a rational understanding of different opinions)–the truth narrows down to a handful of things.

The Republican Party is obsessed with money.  They are overwhelmed by personal greed.  Believing themselves to be in favor of something that within such a corporately controlled society no longer exists–“self-determination–“, the party squawks about every little thing that might impact whatever selfish, personal goal the individual has, the nation itself be damned!  They refuse to fund important things–“protecting the climate is too expensive;” “universal health care is too expensive;” “protecting your job is too expensive;” “giving you more freedom is too expensive.”  This seems to be the bottom line with the Republican Party (and this does not incorporate every person who declares themselves Republican or Conservative, of course, but only those running the corporation that their side of politics has become).  Can we afford anything if we want to keep all the money for ourselves?

The Democrats are every bit as selfish (again, in their corporate structure), although their agenda pretends to be something that it really isn’t, or at least not successfully.  They want to be social justice warriors (now a pejorative terms to describe some douchebag in college always shrieking about whatever cause of the moment has inspired their ire), protecting every person regardless of how worthwhile.  They generalize all people into classes, based upon race, religion, economic status, and whatever other categorization that keeps people apart instead of bringing them together.  The Democrats fire up their base every bit as much as the politics of rage on the right.  They even employ many of the same tactics–the outrage, both real and invented.  They scream about how nothing is fair, that they are being cheated, and that the bullies on the other side are the reason everything is wrong.

Look, we all side with our personal beliefs.  We either share or have our separate moralities.   Everyone has an idea on how the world could be a better place, regardless of whether they think it possible or not.  And so we play victims.  We either follow along or rebel, like frustrated children listening to their parents scream.  Do we nod our heads and refuse to think for ourselves, or blindly reject everything we have been told is true?

The times in which we live are an age of terminal childhood, both words being very important.  “Childhood” is obvious, and the general direction of this commentary.  But “terminal?”  Yes, this partisan absolutism or outright, cynical indifference, is the poison that is killing us.  Nations are no longer nations and people are hardly people.  Here, in the United States, I wonder about the value of that first word any longer.  “United.”  As in “United We Stand.”  And yet we seem to forget about the other half of this once inspiring phrase.  Remember it? 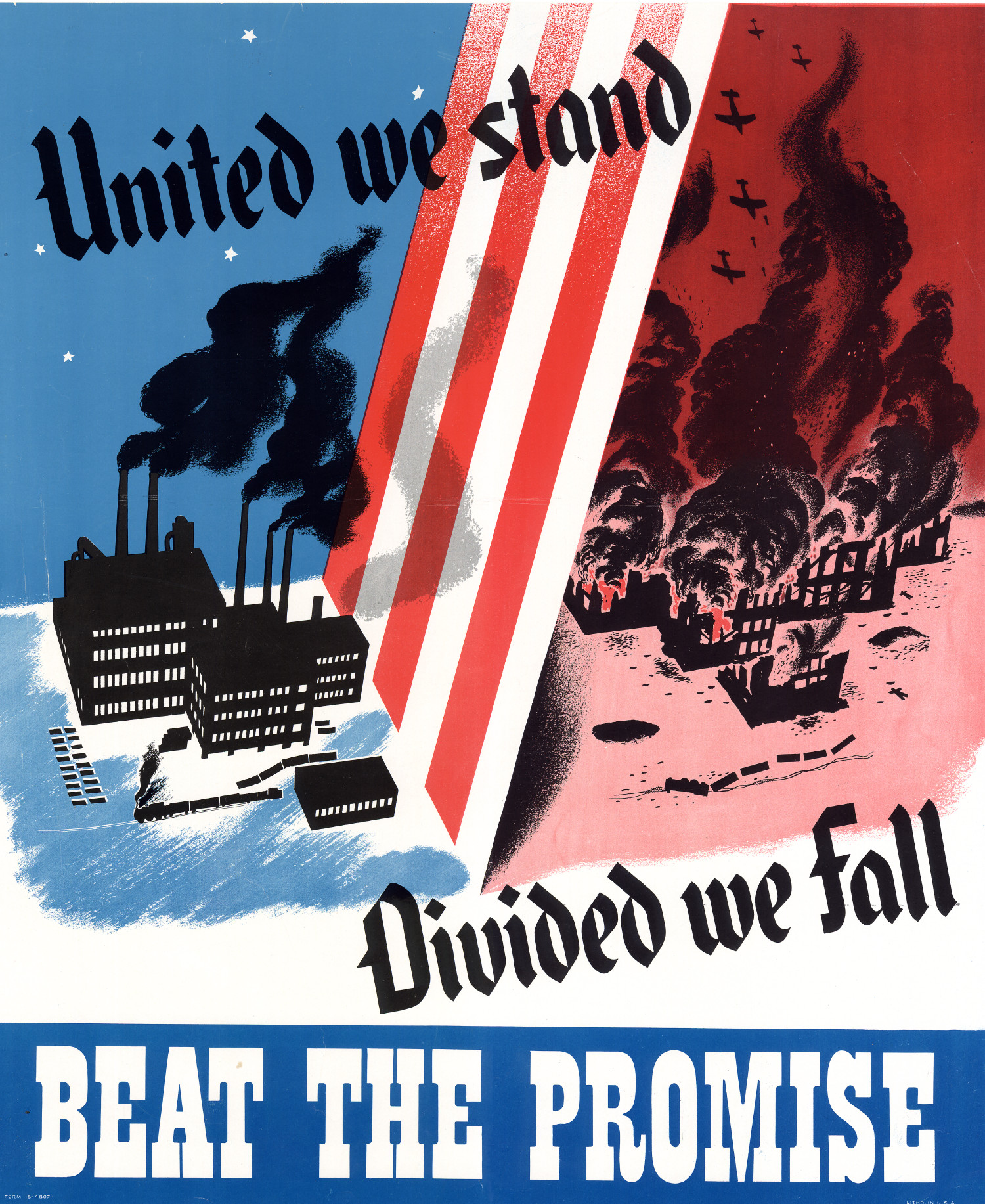