Are you tired of the complicated method of counting election returns breaking?  Are you confused by the shit-poor showing of your presumptively popular candidate?  Does the first election of the 2020 election have you down?  Do you wish there were a product that could make everything all right again?  We have a solution:

Yes, hand counting, from the makers of paper and pens.  You too could wile away the night not rebooting your app, but down and dirty into the cloying muck of Democracy, tallying the votes with your eyes and hands.

Yes, it is a tedious job.  No one will be smiling.  Eventually you’ll hear some cynical huffs, followed by the frustrated rage of let’s just say that bald dude in the background.  “Goddammit!  I spilled my fucking water all over the tally sheet!  Goddamn fucking shit!”  And then he gathers up all those wet papers, slams them into a crate, and starts rushing and slapping the papers down, mumbling, growling, saying things like “I don’t give a shit who wins anyway!”  Everyone else, far too busy with their own aggravations to notice (“Shirley? Did you count that ballot twice?”), bumble around trying to convince themselves that what they are doing matters to their nation.

This practice has caught on all over the world, in populous nations such as India,

and all throughout Africa.

Oh, and don’t think that this is a new phenomenon, no!  Hand counting has been going on as long as there has been ballot voting:

And yet today, with all of our advanced gadgets,

We get this sort of bullshit:

There are far more dire accounts of’voting irregularities,’ moments when we have to shuffled through and recount.  In our conspiratorial times how can we trust anyone?  Look at yourself, at any of you or me, and consider how long it took for you to begin suspecting foul play in this caucus.  I know that the longer it went on, at the time the news bobble heads kept nodding a tone of suspicion and started mocking the whole process,  Can’t these idiots do anything right? I know that I started laughing along.

We’ve all heard the rumors, those crude suggestions about stealing names from tombstones and using fake IDs at different locations.

These things are always ugly, some sort of slur, even when they’re true.

So where does this leave us?  With the fabled ‘hanging chad?’

Even that, clearly, is flawed.  But wouldn’t you rather, if we’re to have corrupted elections, wouldn’t it somehow make you feel better to know that it might not be some political corporation destroying the votes, but just pissed off Darrell Jay of Cedar Rapids 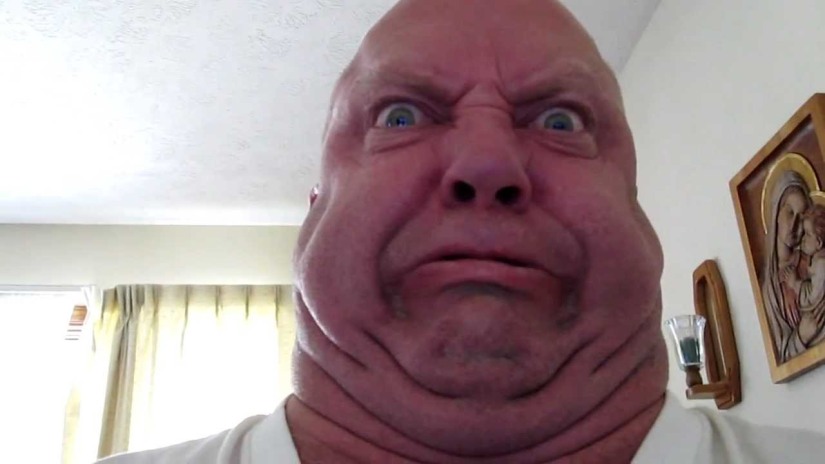 deciding who should win?

This ad has been brought to you by a broken, fucked up US electoral system that allows all this aimless failure to muck up our notions of who we are and what we are supposed to be as a nation.  Oh well, we usually settle for just about anything.