Let’s run down 2020 for a bit, give this as preface to the discussions observed this edition.  During one week in January these were some of the disasters that happened around the world:

A brutal volcanic eruption in the Philippines, destroying towns.

This was in Mexico.

They even felt it in Florida.

This blizzard covered people who eventually died by suffocation or drowning in Vancouver.

All this in a single week, and believe me, I am limiting this list for space, merely giving a sample of the weather-bound apocalypses from the second to third week of January.

Of course there remains 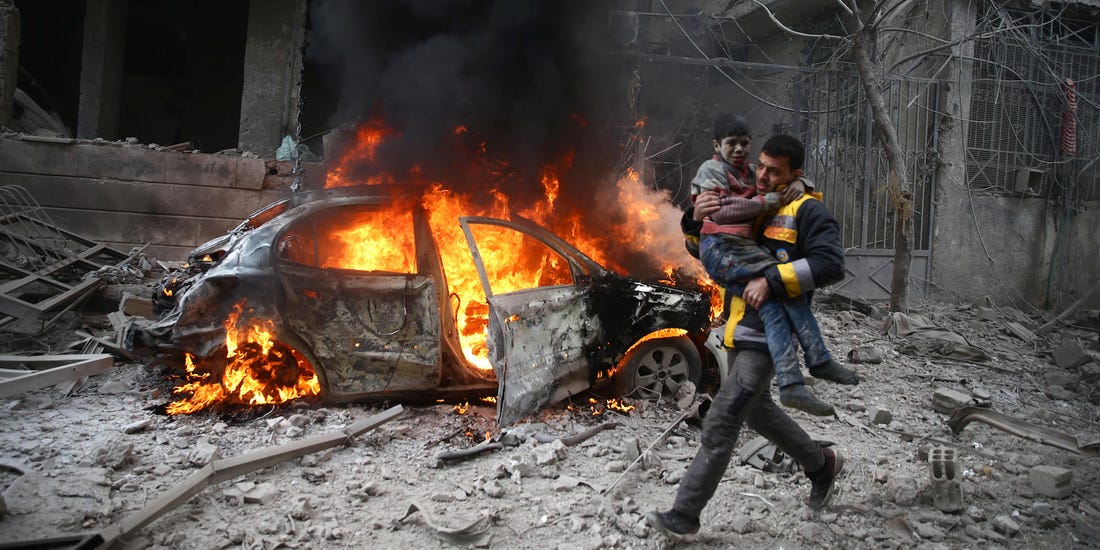 2020’s main preoccupation however has been plague, certainly a death scare that turns paranoid people into fanatics..  Then there’s this:

Not to mention this:

And then there’s this asshole, living out his comic book fantasy of someday leading a rebellion.

But this is the era we are surging through, this year, in this horrible, horrible year.

Now of course all these massive protests, marred more because of the press than reality over the occasional and inevitable act of violence that spirals out of control. occur because some protesters are much more than just angry, wracked with disdain for the put-into-servitude reality they have been struggling with for far too many generations. Right now, reminiscent of earlier times when the nation and, still, the larger world, people are so divided they declare war upon each other.  It is not just the protests and riots, and criminal activity and looting, and the many-sided duel outrages among the serious and their angry opposition that pour gasoline on the fires.  In the immediate we find a poster child featuring a base piece of human shit, a cop coldly choking the breath out of a man with his knee.  I bet the guy’s pulse never got above 90, his effortless, hand-in-the-pocket use of his weight, perhaps checking his watch, providing the match for the fire next time. Then there are those other cops, the detritus dripping down a glory hole’s active side, two guys gently holding the dying man, refusing to look death in the face.  And the other guy  just stood there, watching the commission of a murder, something by definition it is his job to stop.

I can imagine that this standing guy is the one who doesn’t go to jail.  He gets fined, he walks around shamed, having only racists and other bigots offering him jobs.  He is consumed by regret–not by guilt.  He had almost forgotten what he’d witnessed until they started showing it on TV.  This guy is thoroughly humiliated , laughed at on every sides.  He probably gets beaten up a few times.  Plenty see him and threaten to kill, which he walks past with his head down.  He is seen slumping around town, hands in his pockets on a windy day, his baldness advancing, his complete ostracization from everyone in the world leading him to hang around cemeteries in the rain, staring at his parents’ graves.

The world seems broken, yet another disaster to unravel the soul of a nation, a deal with the devil for death.  It has been seventy-five years (at the time that I write this) since the last battle referred to as a world war was fought.  There were twenty years between World War I and II, a timed of lapsed personal responsibility where everyone danced and prayed and drank and fucked and didn’t care about society, just so long as they stayed entertained, their faux radical politics nothing more than social clubs  And booze was illegal, turning it into an extra dirty vice, opening possibilities for anything.

Of course all this crashed with the death of the stock market, people out nightly, getting high, suddenly shuddered at home, worried about paying their mortgage.  Everything was going wrong at the time.  Let’s call it 1932: 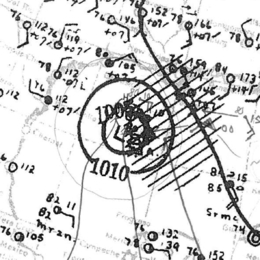 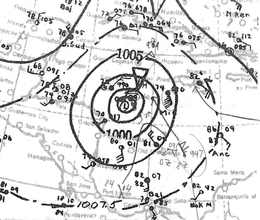 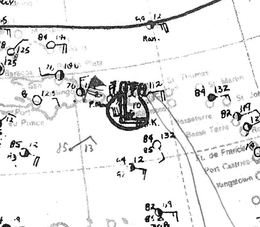 Puerto Rico, and all the way through the Caribbean, Category four. 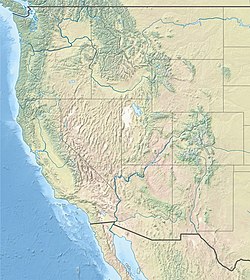 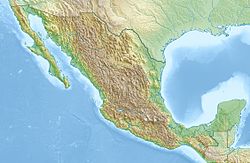 Mexic), magnitude 8.1 with the first earthquake, 7.7 fifteen days later, tearing open a section of earth thirty-seven miles long.  People in Florida were complaining that for the second time in two weeks they were feeling rumbles, and they should keep their disasters to themselves.  It killed over 300 people.  It was 1932.  Everyone was an isolationist during the Great Depression.

This giant aftershock of the first quake caused a massive tsunami to storm in the ocean, rolling in through the Pacific coast, a huge tidal vortex that covered much of Mexico, roiling all the way to Honolulu.

There were tornadoes caused by the quakes too, swirling up and into the southern United States.

Then came the third quake, the weakest one, a staggering magnitude 7.0, turning the crumbled society into literal dust.  Another tsunami formed as a result of this, and this one destroyed every hotel on the coast of Cuyutlán, along with hundreds more people, bringing the death total throughout this three week span to a staggering number that June.

In addition to this there was the rage and frustration–the world stopped working and we are gonna protest and scream about injustice and burn the whole world down.  And to get to that better place what would they do?

This many-headed dragon ranged all over the political spectrum in 1932.

So there was the world–no money, rampant class and social warfare, terrible disasters eating up the few remaining foods people could afford, and, well . . . 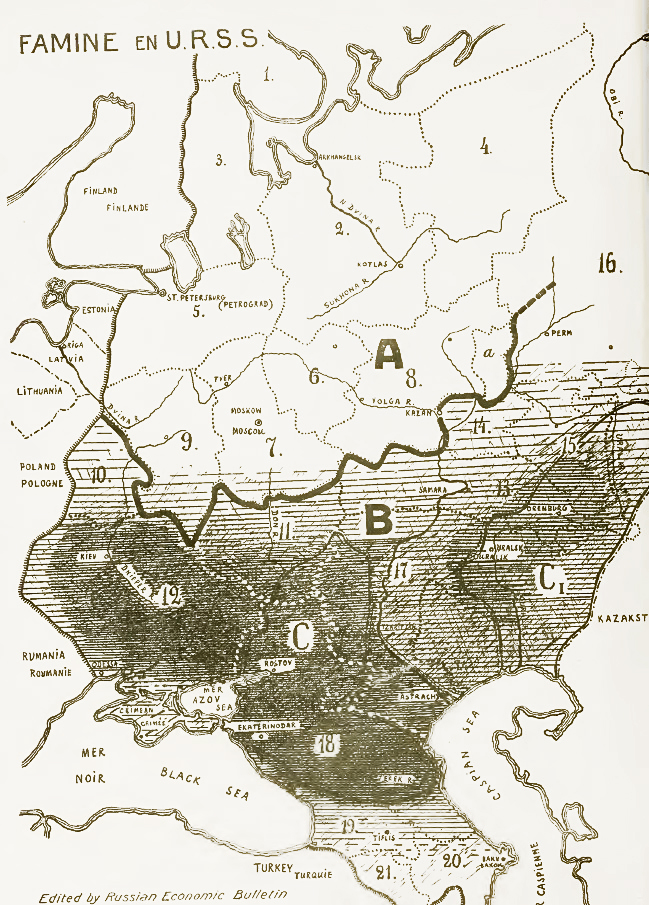 Russian famine, killing millions (some of them intentionally).

There was a meningitis epidemic spreading around and outside Portugal, a terrible flu season, killing hundreds of thousands, polio was still at its peak, and small pox killed tens of thousands more people.

And so the world cracked open into ideological warfare, as was stated before, and this sort of crack, this aftermath of rage-fueled division and outrage led to total global warfare.  It was war for property.  For money.  Chemicals.  Drugs.  Religion.  All the toxic cynicism and bold lies ruffled through the minds of people, bombarded with bombast in the newspapers, and the radio programs getting more tabloid and serialized.  Movie theaters would support political causes, rolling through the propaganda reels before propaganda for the kids, then a few grimmer admissions about the world before a glorious feature to escape into, movie stars more of our friends than most of the people we knew.  All the people talked about was themselves.

(Before we get into this grim transcription of what people are thinking about the things unfolding before their eyes I would like to offer a sidestep promotion for my two favorite blogs, offering widely diverse subjects, neither anywhere as grim as me:

(First please visit the absolutely brilliant Janel Comeau’s allwitnobrevity.com, a deliriously hysterical reminiscence journal relating experiences from Janel’s life.  She is a brilliant writer, her essays gorgeously designed with cute, rather pointed illustrations she self-deprecatingly (and inaccurately) dismisses with a laugh.   Everything about every single one of her pieces I have read are very pure, very poignant, and hilarious.  I do not know Janel personally either, so this praise is all the more sincere.

(The other blog I wish to promote is a bit closer to the material I offer, but with a far less gruesome twine.  mediavsreality.com takes our perceptions of various topics, unravels how these products and ideas are presented to us, and attempts to expose them to a more rational world.  Also beautifully written, with solid historical background to state the arguments.  I have suggested to the author, whose name is not offered and whom I do not know, that several of the pieces be submitted for commentary Pulitzer prizes.  Please check both of them out.)

Now, back to the present tense, I will offer a series of conversations engaged between others and my own divergent comments.  As always with these “Dispatches” I change the names into generalized characters most people have encountered in some form or another–certainly online, and otherwise occasionally throughout their lives.  This is not done to protect anyone.  I do not correct spelling, grammar, tense, or contextual errors of the respondents.

This conversation took on the guise of a very serious one, the clowns dropping out pretty quickly because everyone was sounding so grim (and subsequently edited out because they had nothing of value to say).  The original post was submitted by one of the regular right-wing cynics I follow to hear a form of voice braying outrage into the world.  Here:

The thing about many of the white people–and the news endlessly repeats how diverse the crowds of protesters are, a good thing for sure, people rising up together, having had enough of the same things–many of them are making  racial crimes against, let’s admit it, the entire African race over hundreds and hundreds of years, into something about themselves they can boast about.  They scream less about justice and more “look what I’m doing mom and dad!”  Some even stop protesting to take selfies, soon to be posted on their Instagram accounts.

Look at the people glaring.  Check out the blonde woman behind them doing the same thing.  Opportunism is not just non-political looting

It is the righteousness people sometimes demand others submit to when they shout in other people’s faces.

The above creature is white supremacist Rob Cantrell, shouting about who knows what to cops smirking behind their masks.  This was taken from an anti-mask protest in Michigan, but the point makes a clear comparison to

What follows, the author claims, is a letter-to-the-editor he submitted to “Texas and National newspapers.”  Let’s call him

Trying to understand this moment in history from a wide perspective, impressing the Fly-on-the-Wall:

Certainly a well argued perspective, occasionally lapsed into liberal power points which deserve at least to be heard.  The tired arguments  over military spending and oppressing the poor in addition to minorities is certainly relevant circumstantially.

Me, needing to put things much harsher, and in a critical sense, in order to call up the passionate opposition, trying to question their cynically dismissive absolutism:

There are so many of these conversations trapped in the smaller spaces of final opinions on the world that rages in quarantine.  The brief glimpses most of us are getting from the outside are terrifying–fires, smashed glass, beatings and chaos surrounding the genuine uprising going on around the nation.  And everything gets poisoned, our terror seeking comfort in justifying our rigid beliefs, condemning only chaos and not considering what causes it.  “What the police did was wrong, but . . .”  This is not a solution.  This is a plea for a return to whatever was once considered normal after being scared for so very very long.